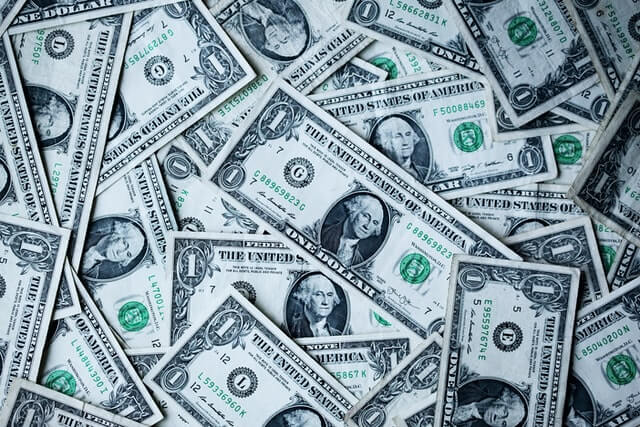 There are lots of good reasons to play sports professionally, and one of them is the potential to make some serious money. Whether you’re talking tennis, football, soccer, basketball or baseball, the top performers are so richly rewarded that they can amass more cash in a year than most of us will earn in a lifetime. Need proof? Just take a look at the top 20 highest paid athletes of 2020, according to Forbes…

Swiss-born Roger Federer is at the top of the money tree with his earnings in the last year totalling $106.3 million. The 39-year-old tennis icon has won the US Open five times, the Australian Open six times and the Wimbledon tournament eight times.

Portuguese soccer player Cristiano Ronaldo has also had a pretty decent year, earning $105 million, including $45 million from endorsements. Ronaldo scored his 100th international goal (and then his 101st) on 8 September 2020 when helping Portugal to beat Sweden 2-0.

As captain of both the Argentina national soccer team and Barcelona, 33-year-old Lionel Messi is no stranger to success. His trophy cabinet includes six European Golden Boot awards as well as six Ballon d’Or awards, and his earnings in the last twelve months totalled $104 million.

Brazilian soccer player Neymar da Silva Santos Júnior plays for the Ligue 1 club Paris Saint-Germain, as well as the Brazil international team. Only Pelé and Ronaldo have scored more goals for Brazil than Neymar, and few athletes earned more in the last year than Neymar’s $95.5 million.

NBA star LeBron James has often been called one of the greatest basketball players of all time, and fans of the Los Angeles Lakers have certainly been pleased to have him on their team since 2018. LeBron’s earnings over the last twelve months totalled $88.2 million.

Stephen Curry is an NBA superstar, and has been playing for the Golden State Warriors since 2009, helping them to win the NBA Finals three times. His earnings in the last year are just as impressive, totalling $74.4 million.

32-year-old Kevin Durant has won more NBA awards than we have space to mention, and in the last year alone he earned $63.9 million. He has been playing for the Brooklyn Nets since 2019.

One of the best-known players on the professional golf circuit, Tiger Woods has achieved 110 wins and inspired a whole series of console games, so he completely deserves the $62.3 million that he’s earned since this time last year.

NFL quarterback Kirk Cousins has been impressing crowds since 2012, and currently plays for the Minnesota Vikings. His earnings last year totalled $60.5 million.

Carson Wentz is no stranger to NFL fans, having been drafted by the Philadelphia Eagles as a quarterback in 2016. Wentz earned $59.1 million last year, with $4 million of that coming from endorsements.

British boxer Tyson Fury is a two-time heavyweight champion of the world, and his bank balance is also a bit of a heavyweight, having been boosted by $57 million in earnings in the last twelve months.

British Formula 1 driver Lewis Hamilton is a six-time World Champion. He has also earned himself $54 million in the last year, including endorsements worth $12 million.

Perhaps Northern Ireland’s best-known golfing export, Rory McIlroy’s skills on the green (and in endorsement negotiations) over the last twelve months have helped him to earn $52 million.

If his role as quarterback for the Los Angeles Rams wasn’t enough to make 25-year-old Jared Goff’s year, his total earnings of $49 million surely were.

Despite announcing his retirement from fighting in June, MMA star Conor McGregor earned $48 million over the last twelve months.

Houston Rockets’ shooting guard James Harden is a big name in the NBA, and his $47.8 million earnings for the year are also pretty impressive.

Four-time NBA All-Star Giannis Antetokounmpo has been playing for the Milwaukee Bucks since 2013, and last year alone he made $47.6 million.

Deontay Wilder didn’t start boxing until he was 20, but he has since made up for lost time by landing 42 wins from 44 fights, and last year the 34-year-old earned an equally impressive $46.5 million.