The Masters 2021 gets underway at Augusta National 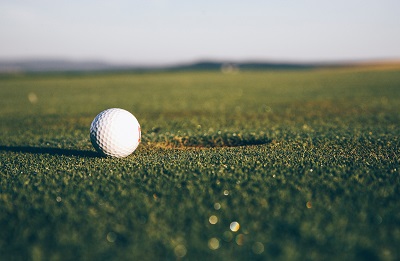 The Masters 2021 gets underway at Augusta National

It’s the pinnacle of the golfing year and the sporting calendar.  And trust us, you won’t want to miss the action from the Augusta National, because based on the first round, it’s going to be one hell of a ride.

Taking place at the mythical Augusta National Golf Club, the 2020 edition was just a few short months ago in November following the postponement of the event. With the tournament well underway, now is as good a time to have a look at some of the details around this year’s famed competition.

The Masters is being held between the 8-11 April at the legendary Augusta golf course. It is the only one of the four men’s major championships for which the course never changes.

Who are the Favourites?

It is hard to look past the defending champion and the world’s current number one Dustin Johnson.  Johnson is the firm favourite to win this year’s 2021 US Masters, and it is hard to go against this prediction.  Johnson won the delayed 2020 Masters by five strokes and will be hoping to become one of only a handful of players to have retained the title.  The last player to have back-to-back success in this event was the legend himself Tiger Woods back in 01/02.  Surely, he will be motivated to have his name written down into sporting history by winning in Augusta for the second time in the space of six months.

Which Canadians are playing at the 2021 Masters?

Corey Conners, Mackenzie Hughes and Mike Weir are the three Canadians who will grace the famed Augusta National in what could be seen as a particularly strong presence at this year’s tournament.

Back in 2003, Weir became the first Canadian to triumph in the Masters — and a men’s major championship — when he won the tournament on a playoff hole. The first lefty to win the major, earned himself a lifetime slot at Augusta with the win and will be taking part for the 22nd time in his career. He qualifies in the tournament after finishing second at the Champions Tour’s Cologuard Classic at the end of February.

There are a number of other in form candidates capable of challenging Johnson this year. Jon Rahm, Rory Mcllroy and Bryson DeChambeau could be seen as the likeliest candidates to win this years’ Masters Tournament.  Justin Thomas also appears to be a popular prediction as his long awaited success to win a Green Jacket is long due.

Are Fans allowed in?