Super Bowl LVI Recap: Congratulations to the Rams in 2022! 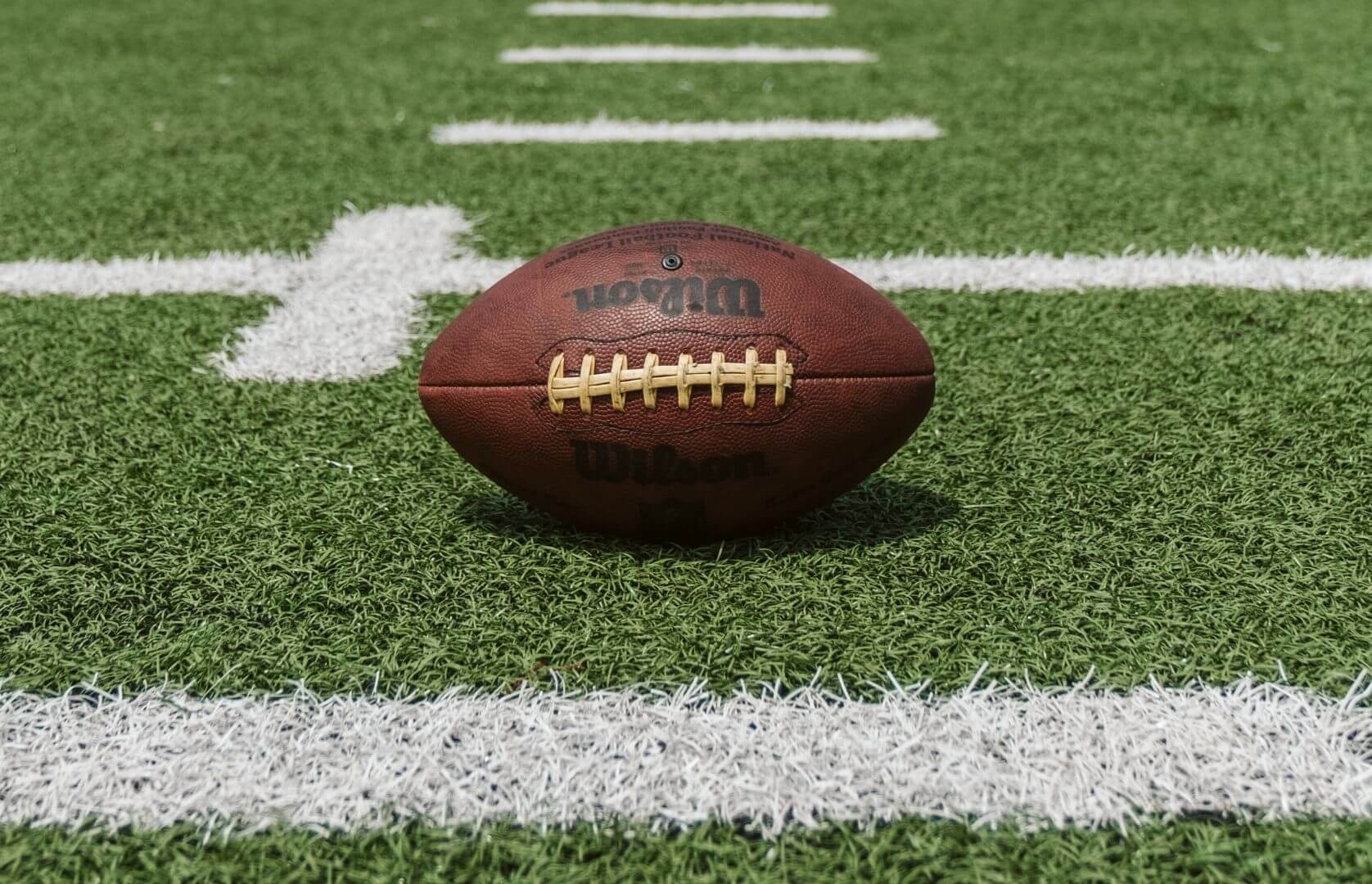 Photo By: Dave Adamson on Unsplash

Super Bowl LVI Recap: Congratulations to the Rams in 2022!

Both the Rams and Cincinnati Bengals surprised everyone in the playoffs by knocking out title favorites like the Buccaneers and Chiefs, respectively, which left us with an interesting battle on our hands. The NFL’s championship game was a real test of spirit, with the mighty Rams taking on the underdog Bengals.

Taking place in the SoFi Stadium in California to a crowd of 70,048, the Rams had a slight advantage playing on their home field, but the feisty Bengals have been shocking opponents all season long and have earned respect around the league. We’ll discuss below how the Super Bowl LVI unfolded.

Kupp Saves the Day in the Rams’ Super Bowl Victory

Los Angeles Rams winning the NFL championship was the result that many people believed would happen (we predicted it too, thank you very much), but it wasn’t a cakewalk for L.A. at all.

If it weren’t for Rams’ star wide receiver, Cooper Kupp, and his heroics late in the game, then we may well have been congratulating the Bengals on a massive Super Bowl upset. Perhaps it shouldn’t have been surprising, given how incredible Cincinnati has played over the regular NFL season and playoffs, but it’s crushing for Bengals fans to see how close they were to winning it all.

But, of course, two teams can’t win the Super Bowl, and it was the Rams with the 23-20 championship triumph on February 13th, 2022. The Rams walked away with their second NFL Super Bowl victory and their first since winning in 2000 against the Tennessee Titans.

With only 1:25 left in the last quarter and the Bengals leading 20-16, things looked pretty good for Cincinnati. That was, however, until a much-needed offensive boost in the form of Kupp catching a 1-yard pass from Rams’ QB, Matthew Stafford, for the last-gasp touchdown for L.A. After the field goal, the Rams had the 23-20 lead and it stayed that way until the clock ran out. The Rams had won the Super Bowl on a fairy tale ending.

It wasn’t all offense that led to the Rams’ victory, mind you, as the L.A. defense was on-point for most of the day and sacked Bengals’ QB, Joe Burrow, a whopping seven times. As we all assumed, the defensive pressure was relentless by Aaron Donald and Von Miller, and they deserve as much praise as Stafford and Kupp for their efforts.

Fittingly, it was Donald who got the crucial sack of Burrow on 4th-and-1 with only 40 seconds remaining in the game. Burrow flung the ball wildly but it was in vain, as the pass was incomplete and with it, the hopes of a Bengals comeback was over. After the play, Donald threw off his helmet and pointed to his ring finger in celebration.

Even without tight end Tyler Higbee and offensive lineman Joe Noteboom due to injuries, as well as the second quarter shock loss of Beckham Jr., the Rams powered on despite the setbacks and proved why they were the title favorites even before the playoffs began. Kupp and Stafford is a lethal WR/QB combo, and as long as these two are sticking around in L.A., the Rams are a major threat in the NFL.

Who Won the Super Bowl MVP?

With his game-winning touchdown, it should come as no shock that it was the Rams’ Cooper Kupp who was awarded the Super Bowl LVI MVP. Kupp was instrumental in the victory and finished with eight receptions for 92 yards and two touchdowns.

It was more than the stats, though, as much of the offense was laid on Kupp’s shoulders after fellow wide receiver, Odell Beckham Jr., left the game in the second quarter with a non-contact knee injury. Beckham still contributed with one touchdown and two receptions for 52 yards before the injury forced him to cheer on his team from the sidelines.

Even though everyone could see the talent plain and clear, it was still incredible to see just how good Matthew Stafford was in the Rams’ Super Bowl win. Cool, calm, and collected, it was Stafford who controlled the pace of much of the game, finishing with 26/40 completions for 283 yards, while throwing three touchdowns.

Rams Went All-in but Bengals Have a Bright Future

It seems mad to think that there were a lot of doubts and grumblings when the Rams clearly went all-in for a championship. With huge trades for Matthew Stafford and Von Miller, as well as signing Odell Beckham Jr., the Rams gave up a lot of younger players and future draft picks, but in the end, who cares? Los Angeles has a championship and that stays forever.

Just what the Rams’ roster will look like next season remains to be seen, as both Miller and Beckham have the option to switch teams, but there has been no indication of either wanting to get out of L.A. when this team is rolling right now.

For the Bengals, it’s clear that a Joe Burrow/Ja’Marr Chase duo is a force to be reckoned with in the future. Both are so young but full of insane talent, and the fact that the Bengals were just minutes away from a Super Bowl win is indication enough that this Cincinnati team will have what it takes for a title as soon as next year.

Burrow was decent in the Super Bowl, finishing with 22/33 completions for 263 yards and one passing touchdown, but his seven sackings were evidence of his slight hesitancy to throw quickly. This is understandable against such a tremendous Rams defense with Miller and Donald, but his technique and timing will only get better with more experience under his belt.

The Rams were huge favorites heading into Super Bowl LVI, but there was a time – 1:25 left in the 4th quarter to be precise – where the Bengals may have overthrown the giant and told one of the greatest underdog stories of all time. As it was, Kupp and the Rams had other plans, and won with all the flair and skill they’ve displayed all year. Losing sucks, at any time, but the Bengals have got to feel proud of what they accomplished at any rate.

In a different move to the usual halftime show at the Super Bowl, this year was all about hip-hop icons bringing back their hits to adoring fans and new audiences alike. The line-up included Dr. Dre, Snoop Dogg, Eminem, Kendrick Lamar, Mary J. Blige, and, in a surprise display hanging from the ceiling, 50 Cent.

This was a very different show to the typical flashiness and OTT spectacle that we recently witnessed with the likes of previous entertainers like The Weeknd, Katy Perry, Bruno Mars, and Lady Gaga. Sure, there were theatrics, background dancers doing their best, and big production costs, but this show felt more about the music than the exhibition itself.

The stage was, to be fair, slightly weird with the house concept, which meant that unless you watched on the giant TV screens, fans on one side of the arena would only see the back of the performers’ heads or simply a wall… not very exciting. Plus, the coming together of all the artists only occurred for a brief instance at the end of the show. It would have been something to talk about if we had way more collaboration during the songs.

The setlist was great, with massive hits all played out brilliantly on stage, including: “The Next Episode,” “California Love,” “In Da Club,” “Family Affair,” “Alright,” “Lose Yourself,” and ending with “Still D.R.E.”

Although there weren’t many must-see moments that will be remembered many years from now, the biggest talking point is likely to be Eminem taking a knee after his set – an act going back to the 2016 gesture originated by NFL star Colin Kaepernick during the US national anthem in protest to racial inequality in America.

This was a solid halftime show that delivered on its promises and is undoubtedly a massive exposure success to all the hip-hop legends that proved they’ve definitely still got it. Plus, how can you not love Snoop Dogg’s incredible blue and yellow (the Rams’ colors) outfit that was a clear sign of his affiliation. Well, at least he chose the right team in the end.