Super Bowl LVI Preview: Everything You Need To Know 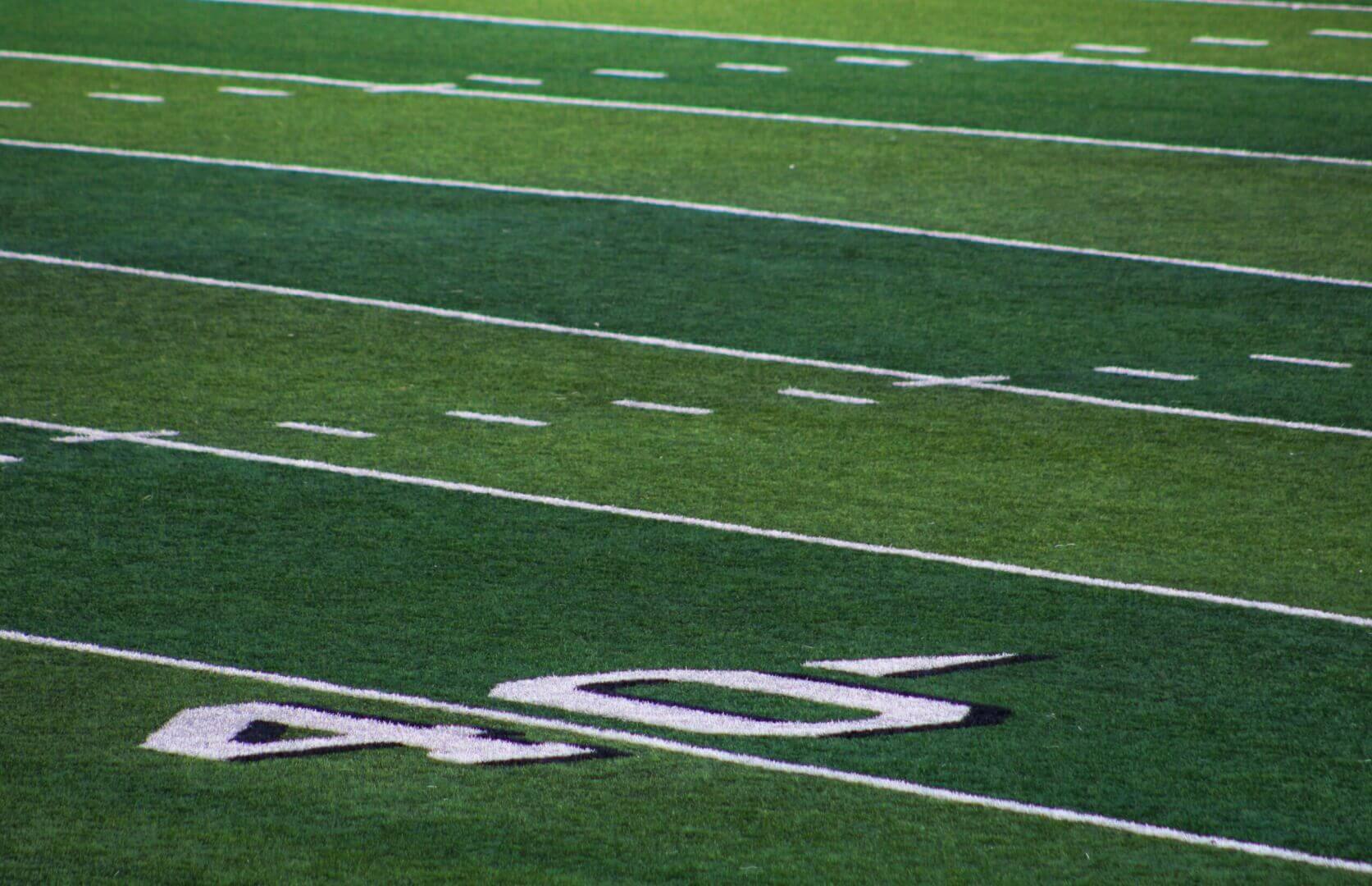 Super Bowl LVI Preview: Everything You Need To Know

The Los Angeles Rams are taking on the Cincinnati Bengals in the 56th edition of the NFL championship game. This is like Christmas Day for sports fans, but before we get into the event itself, we’ll quickly recap some of the biggest news stories from the 2021-22 NFL season.

Date, Time, Venue, and Where to Watch Super Bowl LVI

Super Bowl LVI will take place on Sunday, February 13th at 3:30PM US Pacific Standard Time. The championship game can be watched on NBC and the NBC Live Stream, NBC app, or Peacock app. Despite the NFL choosing a neutral stadium to host the Super Bowl every year, things worked out great for L.A., as the venue is indeed the Rams’ home venue of the SoFi Stadium in Inglewood, California.

A max capacity crowd of 70,240 fans will attend the Super Bowl, although it should be noted that those in attendance must wear masks and have a COVID-19 vaccination.

Almost as big a deal as the players and teams on the field, the halftime show has become more gigantic and prolific every year. This time around, we’ve got rap legends coming together for the first instance in history, including Dr. Dre, Mary J. Blige, Snoop Dogg, Eminem, and Kendrick Lamar. The performance at halftime usually lasts around 15 minutes, but expect it to be some of the most intense 15 minutes of the year.

The Los Angeles Rams clearly went all in to reach the Super Bowl this season, as the team added Matthew Stafford, Von Miller, and Odell Beckham Jr. to its already-solid stars of Aaron Donald and Cooper Kupp. The Rams went 12-5 in the regular season and made the playoffs in the 4th seed. After defeating the Cardinals in the first round, the Rams took care of the defending champs, Tom Brady and the Tampa Bay Buccaneers, before then dispatching the 49ers in the NFC Championship Game.

L.A.’s quarterback is Matthew Stafford, and boy, is he happy after the trade that sent him from the lowly Detroit Lions to the Rams in 2021. Stafford has had a solid year with the Rams, throwing for 4,886 yards and 41 touchdowns with 17 interceptions.

Stafford’s presence in L.A. had an immediate impact on the offense, which was arguably pretty dull and predictable before he turned up. His strength and inclination to throw fast and quickly have given him a productive partnership with WR Cooper Kupp.

Defensive lineman Aaron Donald has been called the best player in the NFL and is certainly the heart and soul of the Rams. Donald is incredible at stopping running backs and interior passing, and is an eight-time Pro Bowler for a reason. He has also won the Defensive Player of the Year three times and can often change the flow of a game with his sheer authority alone.

Wide receiver Cooper Kupp is without a doubt the best WR in the NFL, finishing the regular season with 145 catches for 1,947 yards and 16 touchdowns. Kupp has thrived with Stafford and is a threat at any offensive point in the game.

The biggest worry for the Rams is tight end Tyler Higbee, who injured his knee in the team’s win over the 49ers. Higbee hasn’t officially been ruled out, but he hasn’t been practicing at all since the MCL sprain, and remains in doubt to play in the Super Bowl. If Higbee is not playing, then backup Kendall Blanton will be able to step up in the role.

Cincinnati is hoping to reach its first Super Bowl in 33 years, and they may well do it with star QB Joe Burrow and up-and-comer WR Ja’Marr Chase forming one of the best combos in the NFL. The Bengals went 10-7 in the regular season and also picked up the 4th seed in the playoffs. Cincinnati defeated the Raiders to start things off, then disposed of one of the Super Bowl favorites, the Tennessee Titans, and then finally beat Patrick Mahomes and the Kansas City Chiefs in the AFC Championship Game.

Cincinnati’s quarterback is Joe Burrow, who has achieved a lot in his brief NFL career, as he was only picked No. 1 by the Bengals in the 2020 Draft. Burrow has tightened up the Bengals’ offense since his arrival, and his 2021 regular season stats are impressive, throwing for 4,611 yards and 34 touchdowns with 14 interceptions. The Bengals’ tackle positions will need to look out for him, however, as Burrow was sacked 51 times.

The Bengals have an incredible trio of wide receivers, including Ja’Marr Chase, Tee Higgins, and Tyler Boyd, and all three have great chemistry with Burrow. It’s undoubtedly Chase that Burrow will be looking to throw to the most, as the talented rookie caught 81 passes for 1,455 yards and had 13 touchdowns.

Defensive ends Trey Hendrickson and Sam Hubbard have been vital to the Bengals’ success throughout the entire season and playoff run. Hendrickson, in particular, picked up 14 sacks in 2021, yet Hubbard isn’t far behind with 7.5 and it was his crucial sacking of QB Patrick Mahomes in two consecutive plays in the fourth quarter that helped the Bengals defeat the Chiefs.

Essentially mirrored to the Rams’ problem, Bengals tight end C.J. Uzomah is also unlikely to play in the Super Bowl due to an MCL knee sprain that he picked up in the team’s victory over the Chiefs. Uzomah hasn’t been ruled out, but it remains to be seen if he’ll take to the field on February 13th. Drew Sample will fill in well as a backup to Uzomah if indeed the injury keeps him out.

The Los Angeles Rams or the Cincinnati Bengals… Which Team Will Win Super Bowl LVI?

The Rams have the bigger names with masses of talent and are certainly the favorites to win, yet the plucky Bengals have that underdog spirit and won’t stop fighting until the bitter end. L.A. already has four Super Bowl appearances, winning the championship in 2000 and finishing runner-up in 1980, 2002, and most recently in 2019.

Cincinnati has two Super Bowl appearances, but has lost both in 1982 and 1989. It has evidently been a while since either team won anything and there’s a lot at stake here for the Vince Lombardi Trophy. Of course, there’s the bonus of each player on the winning team earning an extra $157,000, while those on the losing team get a decent paycheck of $82,000.

Both quarterbacks are talented enough to handle the big stage, but Stafford is slightly more experienced and has the full support of the home crowd on his side. Burrow, though incredibly gifted, may well feel the pressure of the Super Bowl in only his second NFL season.

The Bengals allowed 55 sacks in the regular season (third-worst in the NFL), so they’ll have to protect their QB better if they want any chance of gaining significant downs during the game.

The fact that both teams could be missing major offensive pieces, tight ends Tyler Higbee for the Rams and C.J. Uzomah on the Bengals, will throw a lot of doubt into the predictions. Higbee and Uzomah have been important parts of their respective teams and their absences will certainly be felt during the game.

Los Angeles has a top 10 offense and plays an elite passing game, plus, they have Cooper Kupp, who is tremendous at catching in difficult spots and manages to slip his defender with ease. The Rams are also strong on defense, with only 274.7 total yards allowed per game in the playoffs and are great at stopping runs. The Bengals often have an issue with protecting the pass, which is something that Aaron Donald and the Rams will exploit.

For Cincinnati, having far less expectations on them can often be a tremendous advantage, as it’s L.A. that will be feeling more pressure to win as the current favorites. The Bengals have a solid defense and showed how good they are during a crushing second half against the Chiefs. Not to be outdone on offense, mind you, as the Bengals know how to score quickly and efficiently. With QB Joe Burrow at the helm, the Bengals play with speed and looseness that is hard to counter.

So, let’s stop being evasive, who is going to win?

The Bengals have had an incredible fairy tale run to the Super Bowl and they have a bright future, but they might just fall short of having what it takes to defeat the Rams. L.A. is just too strong on defense and the Bengals allow way too many sacks and may well crumble under the tough pressure, particularly from Aaron Donald.

The Bengals have enough offensive firepower to keep the game very close, but the Rams defense will help them win. Plus, Stafford will find plenty of chances to get Kupp and Beckham Jr. the football during the game. These two wide receivers have the talent and IQ to be in the right places and coach McVay will have some great plays up his sleeve to get the victory.

In the end, it’s going to be a great Super Bowl and February 13th can’t arrive fast enough.