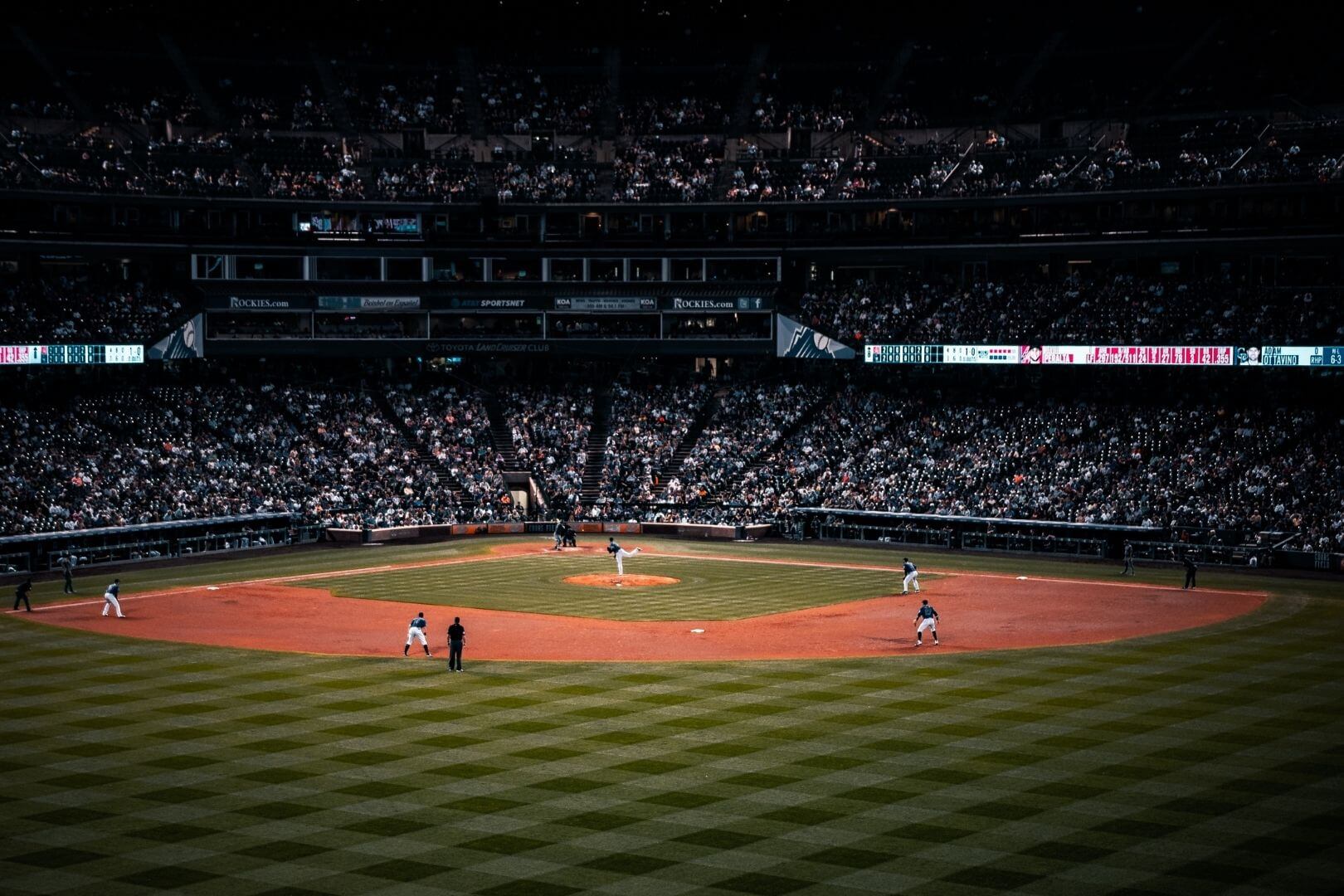 Make sure you’re up to date about everything in the MLB this season. Check it all here for which players and teams are trending and challenging for the playoffs.

If the Dodgers’ Mookie Betts hadn’t smashed the baseball out of the park to break an eighth-inning tie against the Giants on Thursday night, then almost certainly we’d have seen extra innings.

Thankfully for LA fans, Betts’ homer resulted in three runs that gave the Dodgers the lead and eventual win, 9-6. As good as the Giants were during the game, the Dodgers had that little bit extra to get them over the hump. Betts has been solid all season long, with 64 hits, 80 runs, 21 homers, and a .265 BA.

The 61-30 Dodgers are really hitting their stride at the moment, and have won nine out of their last 10 games. Of course, it wasn’t all Betts saving the day (although his incredible diving catch to send off Joc Pederson is worth a mention), as Freddie Freeman helped set the tone with one homer early in the game.

Trayce Thompson’s also played his part well for L.A., as the talented fifth-year right-fielder picked up two hits and one crucial run in the victory. If the name of Thompson sounds familiar, that’s because he’s the younger brother of NBA superstar, Klay Thompson from the Golden State Warriors.

For the Dodgers’ pitching, it was mostly due to Mitch White (ERA 3.78), who gave up only one hit, no runs, and earned himself one strike. White and Betts were the undisputed Players of the Game, and this win will help kick off the first of a four-game series vs. the Giants.

We’re sure that you need a catch-up regarding the best baseball squads in the MLB. Here are the Power Rankings as of now for 2022.

Although there are more teams on the Yankees’ tail now than a few weeks ago, they are still the squad to beat. Six Yankees players have scored at least 10 home runs, with Aaron Judge picking up an astonishing 34 (and going for the all-time record).

On the pitching side, five of the Yankees starters hold an ERA below 4.00, and while they are allowing fewer runs than any other team, they’re also scoring more runs per game than anyone else. It’s hard to lose games when you’re playing that well.

Winning is never boring, so be happy if you’re a Dodgers fan, because they rarely lose. Plus, the other great part of supporting L.A. is that the team often goes big on free agent targets and major trades. Their current target is Juan Soto from the Nationals, and it won’t be surprising if he ends up on the Dodgers roster.

The MLB is crying out for a Yankees vs. Dodgers matchup in the World Series, as not only are these teams playing some of the best baseball in years and full of star talent, but New York against Los Angeles is too good to ignore.

Five Houston players made it to the All-Star Game this year, which goes to show how far the team is going in a push for relevancy. It would be shocking if the Astros topple the Yankees in the AL, but the record is dangerously close and things are especially spicy since Houston beat New York 2-0 in a double-header.

It’s amazing to see that New York has two incredible baseball teams at the moment, as the Mets are almost keeping up with the Yankees. The Mets are second in the National League and getting fantastic performances from Pete Alonso, Jeff McNeil, and Chris Bassitt.

It will still take a lot to convince us that the Mets have what it takes for a championship push, but everything has been steady and rolling along well enough. We wouldn’t mind a nice surprise to witness the Mets playing just as well as the Yankees.

Austin Riley is one of the major reasons that the Braves have been this incredible in 2022, but we’re still hoping for a great comeback from Ronald Acuna Jr. after his injury.

Not many people are talking about the current World Series champions, which is a shame, as there’s currently no reason as to why they couldn’t repeat in 2022. What’s more, the team isn’t content with the roster, and big shakeups are expected before the trade deadline.

14 wins in a row! The Mariners are still competing their tails off this season, and it’s what we love to see. Ty France and Logan Gilbert have been major pieces for Seattle, and there’s just the right amount of buzz happening for this scrappy team that won’t quit.

Seattle has a lot of star pieces in the making, plus proven talent like Jesse Winker and Eugenio Suárez is helping to provide some veteran leadership to the team. The Mariners will likely reach the playoffs via a wild-card spot, but they’ve got some tough matchups against the Astros and Yankees on the horizon.

It will be quite the story if the team can keep up the win streak, but never say never.

If one team didn’t need the All-Star break, then it was the Phillies. It might be that the pause doesn’t affect the momentum of the team, but we’ll only know when Philadelphia hosts the Cubs on Friday night.

The three-game sweep against the Marlins was a big boost for the Phillies, and don’t forget that this is all happening without the current NL MVP, Bryce Harper, as well as Jean Segura. If the team can get those two back for the playoffs, then Philadelphia is automatically climbing the rankings and becoming a big threat.

Kyle Schwarber has steadied the ship due to 70 hits and 29 home runs, but his powerful batting prowess and calm under pressure are just what the team needs to stay afloat. The Phillies have responded well to everything sent their way in 2022, and are 27-14 under interim manager Rob Thomson.

The Cubs have been iffy, to put it lightly, and have lost nine of their last 10 games. If there’s a time to bounce back and put in a top effort to help the season, then now’s the moment. All-Star Willson Contreras has been a bright spot for the team, and hopefully the Cubs can work out a deal for the skilled catcher before free agency.

This will be the first of three games against the Phillies, and while we expect Philadelphia to take the initial meeting, the Cubs should be able to hit back for at least one win.