US Masters 2021: Historic Tournament gets underway 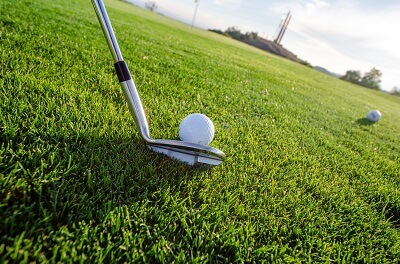 US Masters 2021: Historic Tournament gets underway

The Masters is by tradition the first Major sporting event of the season as it remains one of the most anticipated and captivating events on the sporting calendar.  With last year’s tournament having been postponed and staged in November, golf enthusiasts will be delighted to have the opportunity to see the 85th edition return to its’ rightful place in the schedule.

Taking place at the mythical Augusta National Golf Club, the pristine undulating greens often tend to catch out inexperienced players, and players who have previous experience tend to perform best.  With the tournament now well underway, now is as good a time to have a look at some of the details around this year’s famed competition.

The Masters is being held between the 8-11 April at the legendary Augusta golf course. In 2020 The Masters in November and Dustin Johnson won the tournament with the record score of 168, 20-under-par.

Who are the Favorites?

It is hard look past the defending champion and the world’s current number 1 Dustin Johnson.  Johnson is the firm favorite to win this year’s 2021 US Masters, and it is hard to go against this prediction.  Johnson won the delayed 2020 Masters by five strokes and will be hoping to become one of only a handful of players to have retained the title.  The last player to have back-to-back success in this event was the legendary Tiger Woods back in 2001/2002.  Surely, he will be motivated to have his name written down into sporting history by winning in Augusta for the second time in the space of six months.

Tiger Woods is still recovering after his car accident in February. Woods won his 5th green jacket in 2019 and this is the fourth time in the last eight years that he will be missing out on this tournament. Such is his grand status in the game, he remains the only player who can dominate the talk at a tournament when he is not playing.

Who are the other Possible Winners

There are plenty of other in form candidates capable of challenging Johnson. Jon Rahm, Rory Mcllroy and Bryson DeChambeau are the likeliest candidates to win this years’ Masters Tournament.  Justin Thomas also appears to be a popular prediction as it feels like it is a matter of time for him to win a Green Jacket.

European Candidates to Watch out for

Betting on Rory McIlroy is a huge risk considering his overall poor form of late. Viktor Hovland is an interesting mention given his success in this tournament as an amateur player.  The Norwegian’s development in the game has been nothing but notable.

Are fans allowed in?