Best Teams to Support if You’re New to American Sports 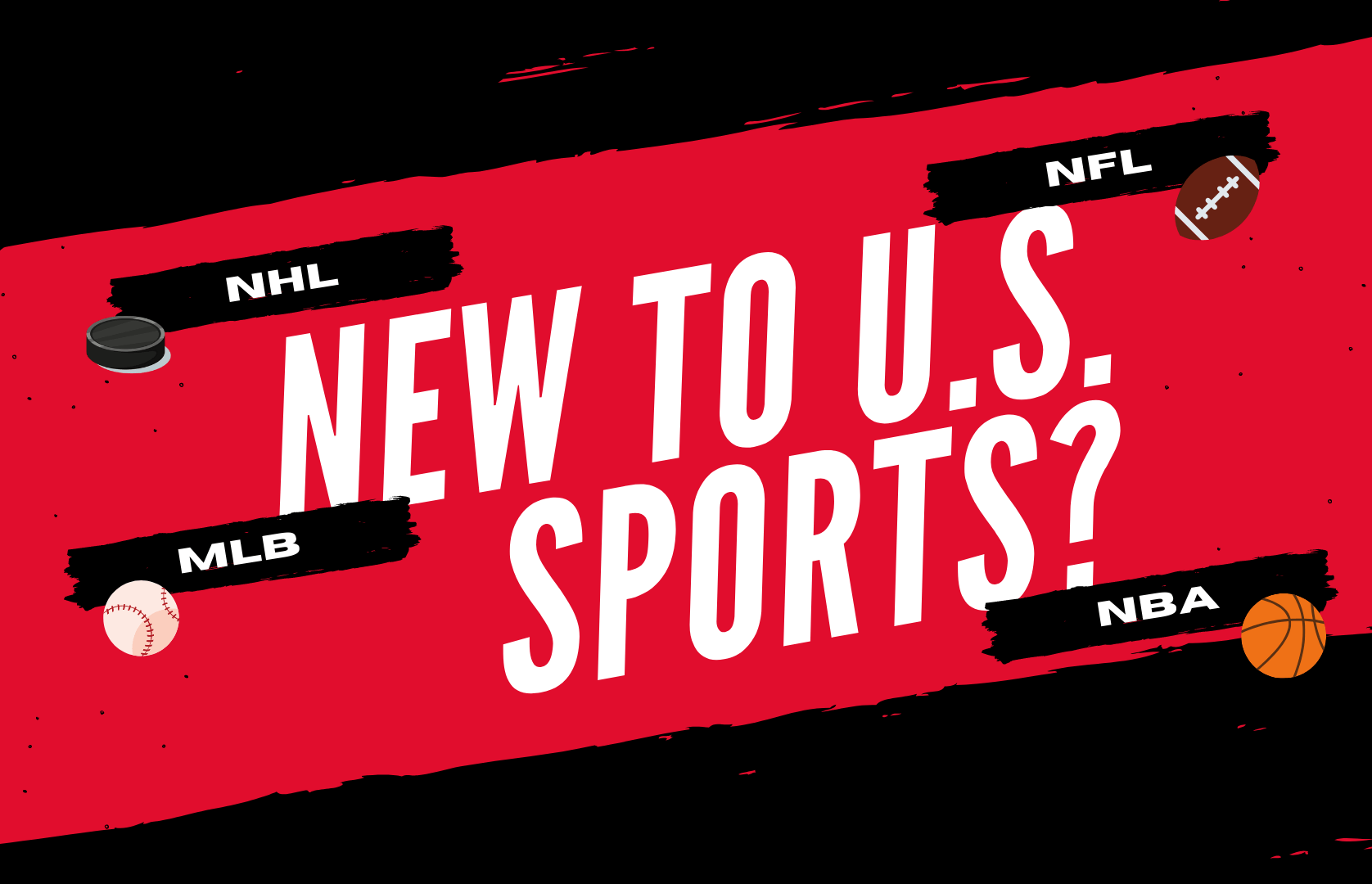 Best Teams to Support if You’re New to American Sports

We all know that the United States has some of the best sports leagues in the world. There are exciting dunks, touchdowns, home runs, and goals on a nightly basis, and there’s always someone new coming along every few years that changes the game like never before.

Many people living in the US are lucky enough to live in or at least close to a city with a professional sports team in either the NBA, NFL, NHL, or MLB, but what about those who could choose between any number of teams geographically? What if you don’t live in the USA but have started to love watching any of the four major sports leagues? Don’t worry, we’ve got you covered.

We’ll help you pick a team in each sport that is not only great now and has a star player with a solid supporting cast, but also has the chance to win a championship within the next five years. Here are our selections for every league, so buy the jerseys and trading cards now to say you were a fan long before they were champions!

There were many people surprised that the Bengals reached the 2022 Super Bowl, but looking back, no one should have been so shocked. Cincinnati has an incredibly young and skilled offensive core of quarterback Joe Burrow and wide receivers Ja’Marr Chase and Tee Higgins. Plus, they are coached well by Zac Taylor and even have a good amount of cap space to keep adding to its roster.

The Bengals reached their first Super Bowl after 33 years largely off the back of Burrow’s incredible play. The team went 10-7 in the last regular season and earned the 4th seed in the playoffs. After dispatching the Raiders, Titans, and perhaps most unexpectedly, the Chiefs, the Bengals took it to the Rams in the Super Bowl and very nearly won.

If it wasn’t for savvy veterans like Aaron Donald, Matthew Stafford, and Cooper Kupp all making last-second vital plays for the Rams, then we may well have been talking about the Bengals being victorious in the Super Bowl. That said, this recent loss could just be what this youthful, talented team needs to get itself to another Super Bowl in the coming years, and next time, they’ll very likely win it all.

The Bengals should move heaven and earth to ensure they keep Joe Burrow happy with the roster, as he’s a transcendent talent that doesn’t come along very often. Burrow’s 2021 regular season stats are remarkable, as he threw for 4,611 yards with 34 touchdowns and only 14 interceptions. He was, however, sacked 51 times, which means he needs to make faster passes, but that will happen in time. Burrow has shown incredible maturity for such a young player, that things will only get better.

To be fair, the Bengals’ defense needs a slight upgrade, but after additions like Alex Cappa, La’el Collins, Ted Karras, and Hayden Hurst in the off-season, it all but appears as if the Cincinnati front office knows just how bright the future is for the team right now. You won’t be disappointed when supporting the Bengals.

The Grizzlies are one of the coolest and most talented teams in the league because of two words: Ja Morant. Arguably the most exciting NBA player right now, Morant’s high-flying dunks and acrobatic layups have made him a YouTube highlight sensation ever since he was drafted by Memphis at number two in 2019.

Although Zion Williamson was taken number one by the Pelicans in the same draft, his injury history and inconsistency have made Morant and Grizzlies the clear winner from 2019. Do the Pelicans wish they drafted Morant? They would probably never say it out loud, but considering how things have played out (Zion has played only 85 NBA games), Morant would have been a better No. 1 selection. Well, good thing it worked out for Grizzlies fans.

Morant is a scoring freak and is averaging 27.6 points per game in the 2021-22 season, but he also trusts his teammates to score by delivering 6.7 assists per game. Amazingly, the Grizzlies survive well enough without Morant on the court, too, as the team knows how to win with essentially any lineup, regardless of his star status.

Morant has a bit of an issue with injuries that keep him out for several weeks, but in his absence, players like Desmond Bane, Dillon Brooks, and Jaren Jackson Jr. step up and continue to keep Memphis as a real juggernaut in the Western Conference. The Grizz will secure the second spot in the upcoming playoffs, and if the stars align, could certainly reach the Finals.

Like all the teams on this list, the Grizzlies could certainly win the championship this year, with Morant especially having the skills and drive to become a victor, but the good news is that Memphis has a young nucleus in it for the long haul.

All reports indicate that Morant loves the organization (and it adores him), and while the Grizzlies is rarely a free agency destination to contend with teams in New York or Los Angeles, they still sign the necessary pieces and fill the roster via trades and the draft well enough.

The league is even more exciting than ever since Milwaukee won the NBA championship in 2021. This is because the Bucks are a small market team with home-grown talent from the draft with an important player or two via a trade, which is fantastic news for the Grizzlies, as the team looks and feels like the Bucks 2.0 in the coming years.

Morant has a cool image that is a marketing department’s dream, and he’s exciting enough for the casual NBA fan to care about. Morant’s explosive dunks are becoming the stuff of legend, and at only 22 years of age, the young superstar has plenty more hops in his springy legs. Any new Grizz fans will be in a good place to start cheering on Memphis and call themselves OG supporters before the team wins a title.

There is understandably a lot of buzz for one of the best up-and-coming teams in the MLB right now: The Tampa Bay Rays. With a 100-62 record (and top of the AL East standings) in 2021, there was a decent amount of hope that the Rays would go far in the 2021 playoffs, but it’s a shame that the Wild Card Red Sox knocked them out before things really got rolling.

From all indications, the Rays are poised to have just as good, if not better, season in 2022. The early playoffs exit is going to weigh heavily on them, and expect a much grittier, determined team to exit the dugout for the upcoming games.

Tampa Bay always seems to pluck incredible relief pitchers out of thin air, plus, the athleticism and defense-first mindset in the outfield will impact the games in a big way. The team is playoff-bound, no doubt about it, and if the franchise’s first World Series win doesn’t come in the 2022 season, then it won’t be long afterward.

Josh Lowe and Vidal Brujan are expected to make big leaps, and an exciting rotation of young and gifted players like Shane McClanahan, Drew Rasmussen, and Shane Baz is already filling up a stacked roster. The team’s starting pitching appears on the rise, too, which is something that Rays fans have been demanding for a long time. There was hope that a few more free agent signings would bolster the lineup, but seriously, this roster has got what it takes.

Of course, we haven’t even gotten to Wander Franco yet.

The 21-year-old sensation already has one season under his belt in the Major League with the Rays, and with a batting average of .288 and seven home runs, it seems Franco is just warming up in the MLB. He’s not just gifted with the bat, either, as he is earning solid respect at the shortstop position when on the defensive end.

It’s also worth mentioning that Franco struck out only 37 times out of 308 appearances at the plate, which makes it a 12% rate (five out of every six swings) that is among the lowest in the MLB.

It’s clear that the Rays are aware they hit the jackpot with Franco, as he has already signed a giant $182 million extension with the team over the next 11 years.

Franco is regarded as the most exciting young prospect in baseball today, and he alone is a solid reason as to why the Tampa Bay Rays have high hopes for more wins and an influx of new supporters, but also the strong likelihood of a title in the coming years.

2001 was the last time that the Colorado Avalanche hoisted the Stanley Cup, and while many teams would be thrilled to win even one championship, this is far too long a break for a team this good.

After going 56-39 and clinching the top of the West Division in the 2021 season, it’s still weird that Colorado exited the subsequent playoffs in the second round after losing to Vegas.

Many believe that the Avalanche has the best roster on paper in the NHL, and thankfully, the masses of talent in the lineup are resulting in wins out there on the rink. Colorado is crushing it in the 2022 season thanks to fantastic performances from Nazem Kadri, Mikko Rantanen, Cale Makar, and Nathan MacKinnon. Everyone is seemingly playing better than we even thought possible, and moreover, consistency has been the key to winning this season.

There has been a lot of talk of Cale Maker picking up the awards for Defensive Player of the Year and Most Valuable Player this season, such is his talent on the ice. It seems unlikely he’ll get both, but you never know, as his offensive and defensive abilities are well recognized by opponents and his high hockey IQ means he’s always got a trick up his sleeve. Maker currently has 24 goals, 49 assists, 73 points, and a shooting percentage of 12.7 in only 24 games played.

Nearly every blogger, podcaster, and analyst out there is confident putting the Avalanche at the top of the NHL Power Rankings, as there just seems to be something special about the team this season. We won’t fully know how good things can be until the playoffs get going, but if you’re new to ice hockey and thinking of avoiding the obvious choices to support, then make it the Avalanche.

The team has a strong chance to pick up the Stanley Cup either in 2022 or very soon after, and great up-and-coming players like Alex Newhook and Bowen Byram are giving the team an amazing outlook for the future.