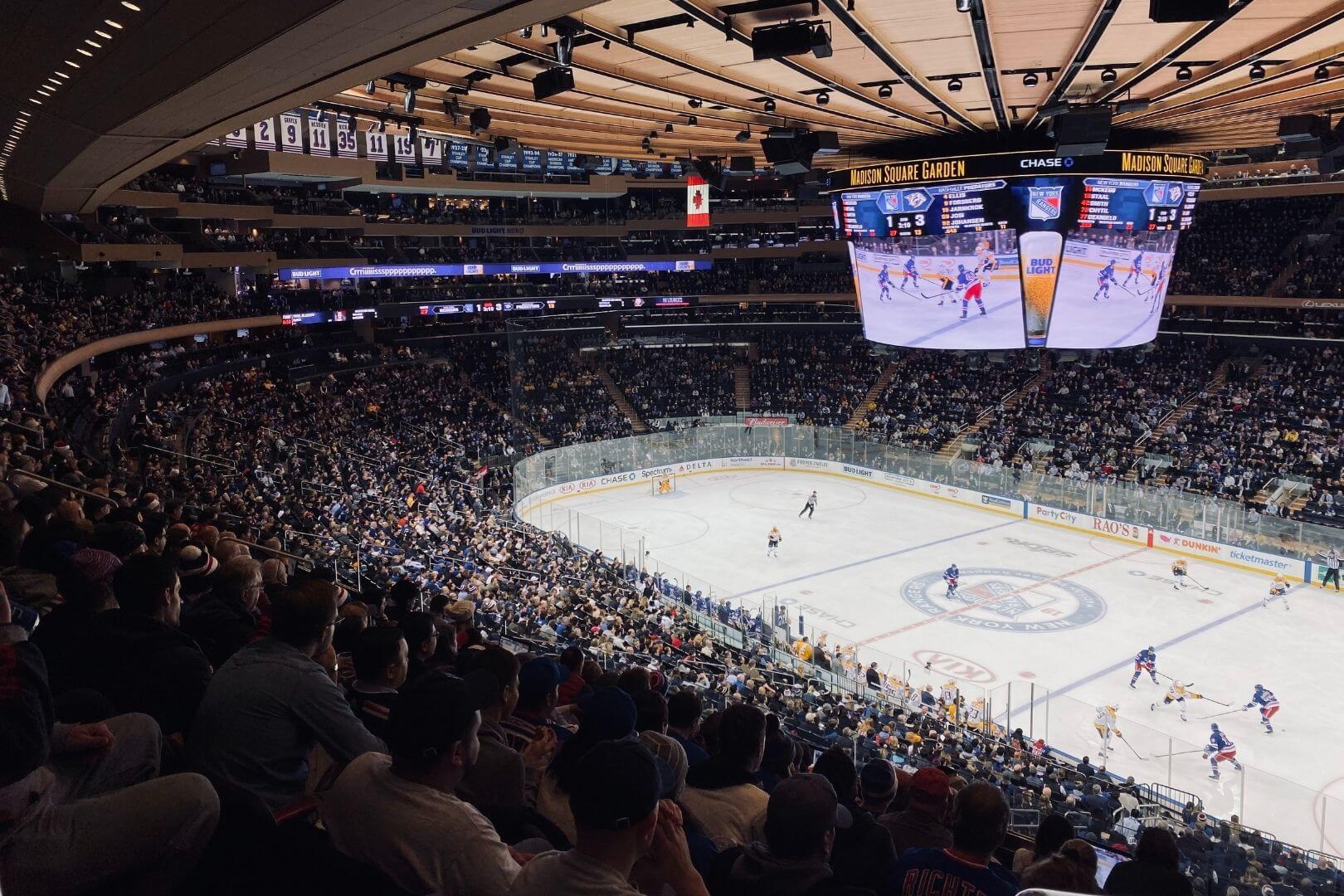 During the moment, some records look like they’ll never be broken. How can someone possibly score more goals in the NHL than Wayne Gretzky? Well, with the recent news that current ice hockey star, Alex Ovechkin, is in third place on the all-time NHL top scorers list, now is a good chance to look at the group overall.

Playing for a very eventful 20 years in the NHL, Hull was as gifted a scorer as they come. While many derided him for his lack of defense, Hull’s astonishing shooting accuracy and explosive speed, especially with the slapshot, made him a tough matchup during any game.

Finishing with 741 goals and two Stanley Cups (1999 with Dallas and 2002 with Detroit), Hull’s achievement of scoring 86 goals in the 1990-91 season is bested by only one man, Wayne Gretzky, so no harm there. While never the craftiest skater or strongest player out on the ice, Hull simply knew how to shoot fast, straight, and true.

Known as “The Incredible Hull” or sometimes “The Golden Brett,” Hull also had a reputation for being very blunt and outspoken on and off the ice. He was seen as having no filter and simply spoke up – for better or worse – on any aspects of the game, which made him a media favorite because of his candor.

Despite never winning a championship with the team, Hull is seen to have his greatest moments with the St. Louis Blues and still holds numerous franchise records during his 11 seasons there. Furthermore, the Blues retired his no. 16 jersey in 2006, put up a statue outside the team’s arena, and even named a street after him, called the “Brett Hull Way”.

During his incredibly long professional career as a hockey player from 1990 to 2018, Jagr was a genuine force out there on the ice. Although he jumped around several teams during his career, his time with the Pittsburgh Penguins earned him a ton of respect from the league and, most notably, two Stanley Cups (1991 and 1992).

Jagr is remembered fondly for many stunning and game-winning goals, but also his intense work ethic that often bordered on the ridiculous. Jagr was motivated to get bigger and better every year, and would often practice on the rink while his teammates slept (how lazy!) and would work out with heavy, weighted vests even after playing a full NHL game.

His love for the sport was unrivaled and you simply knew that if Jagr was on the ice, he’s pushing his team to win and give over 100%. It’s easy to see why Jagr played so long in the NHL, as he drove himself to the limit but took care of his body, especially later in life, to ensure he could play into his 40s.

Even if the number of goals lessened somewhat as he aged, Jagr was a fantastic mentor to the younger players, and instilled a great work ethic for any teammate lucky enough to play alongside him. Of course, the numbers back up his talent, but Jagr had a fascination with ice hockey that went beyond the paycheck. Although many were annoyed at his seemingly 24/7 dedication to ice hockey, it all worked out in the end with two championships and fourth place in this scoring list.

The man of the hour, Ovechkin is unstoppable right now and in the midst of a scoring frenzy. Ovechkin has played for the Washington Capitals since 2005, which in this age of player movement and chasing success is inconceivable to stay with one franchise. It paid off in 2018 when Ovechkin helped the team win the Stanley Cup and cemented his place as easily the greatest Capitals player ever.

At age 36, Ovechkin currently has 768 goals, but that amount is bound to rapidly increase, as the talented Russian shows no signs of slowing down and evidently will play for at least five more years. While it’s hard to know if Ovechkin will overtake Gretzky on the all-time goal-scoring list, he certainly stands the best chance in the NHL of completing the task.

His lightning-fast hits continue to bamboozle goalies and his quick turning ability irritates defenders in equal measure. Put simply, Ovechkin whacks the puck every time like it said something horrible to him, and combined with his almost-perfect accuracy, it’s clear as day just how he has scored so many goals in his career.

It seems probable that Ovechkin will stay with the Capitals for the rest of his playing time in the NHL, and with the team likely to compete at a high level during the 2022 playoffs, there’s a great chance he could increase his G.O.A.T status with at least one more Stanley Cup to his trophy cabinet.

Nicknamed “Mr. Hockey,” it’s impossible to describe Gordie Howe with any other moniker. From 1946 to 1980, Howe embodied ice hockey and was an unrelenting scorer for basically his entire playing career. He is seen as one of the most well-rounded players to ever grace the rink, as his shooting, passing, and skating abilities were complemented by leadership skills, high hockey IQ and defensive prowess.

Howe spent most of his NHL time with the Detroit Red Wings and won four Stanley Cups with the team (1950, 1952, 1954, and 1955), propelling the franchise at the same time and helping ice hockey become so popular for later stars like Gretzky and Ovechkin.

Howe retired in 1971 and is the only athlete in NHL history to play the sport across five decades, but you don’t score 801 goals just by turning up on the rink, and many players still cite Howe as one of their inspirations in terms of competitiveness and ability to score under immense pressure.

One of the most amusing parts to come out of Howe’s career is what’s known as the “Gordie Howe hat trick.” This is when a player records a goal, an assist, and a fight during a game. It might seem easy enough to do, but scoring a Howe hat trick is harder than it looks!

It even seems odd that Howe would fight at all, as he was generally seen as one of the nicest, well-mannered players in the game. If you were in a fight with Mr. Hockey, then you must have really done something annoying to be involved in a scuffle.

Everyone knows Gretzky as the “Great One,” so it’s not hard to see why he should top this list of the greatest NHL goal scorers of all time. Gretzky is the Michael Jordan of ice hockey, in that he completely dominated the sport during the 80s and 90s, finishing his career as not only the goal-scoring leader, but also four Stanley Cups, nine MVPs, and 18 All-Star games.

Gretzky had the uncanny ability to make the right play always at the right time. Sure, he could essentially score whenever he wanted, but as he is also the league’s leading assist producer of all time, Gretzky clearly knew when a pass was better than a shot attempt. His intelligence, swiftness, and durability on the rink were unsurpassed, as he retired in 1999 and most of his records are still standing (although Ovechkin is getting close).

It was with the Edmonton Oilers that Gretzky won his four championships, but he also helped spur ice hockey in California when he was traded to the Los Angeles Kings in the 80s. Furthermore, his iconic no. 99 jersey has been retired by every single team in the NHL – the only player with the achievement, and very likely the last one to receive such an honor.

Gretzky even had several great moments off the ice, including making an appearance on the hit 80s soap opera, “The Young and the Restless,” receiving a portrait drawn by none other than Andy Warhol, hosted an episode of “Saturday Night Live,” and once chastised Michael Jordan for not tipping a waitress enough at a Las Vegas bar.

Amazingly, Gretzky has stated that for most of his career, he would eat several hot dogs and drink a can of diet coke for his pre-game meal. While no team would endorse such nutrition these days, Gretzky said that it was more than enough to give him the energy to play. As the current holder of the goal-scoring title, it’s hard to doubt him.