The Best NBA Players Without a Championship 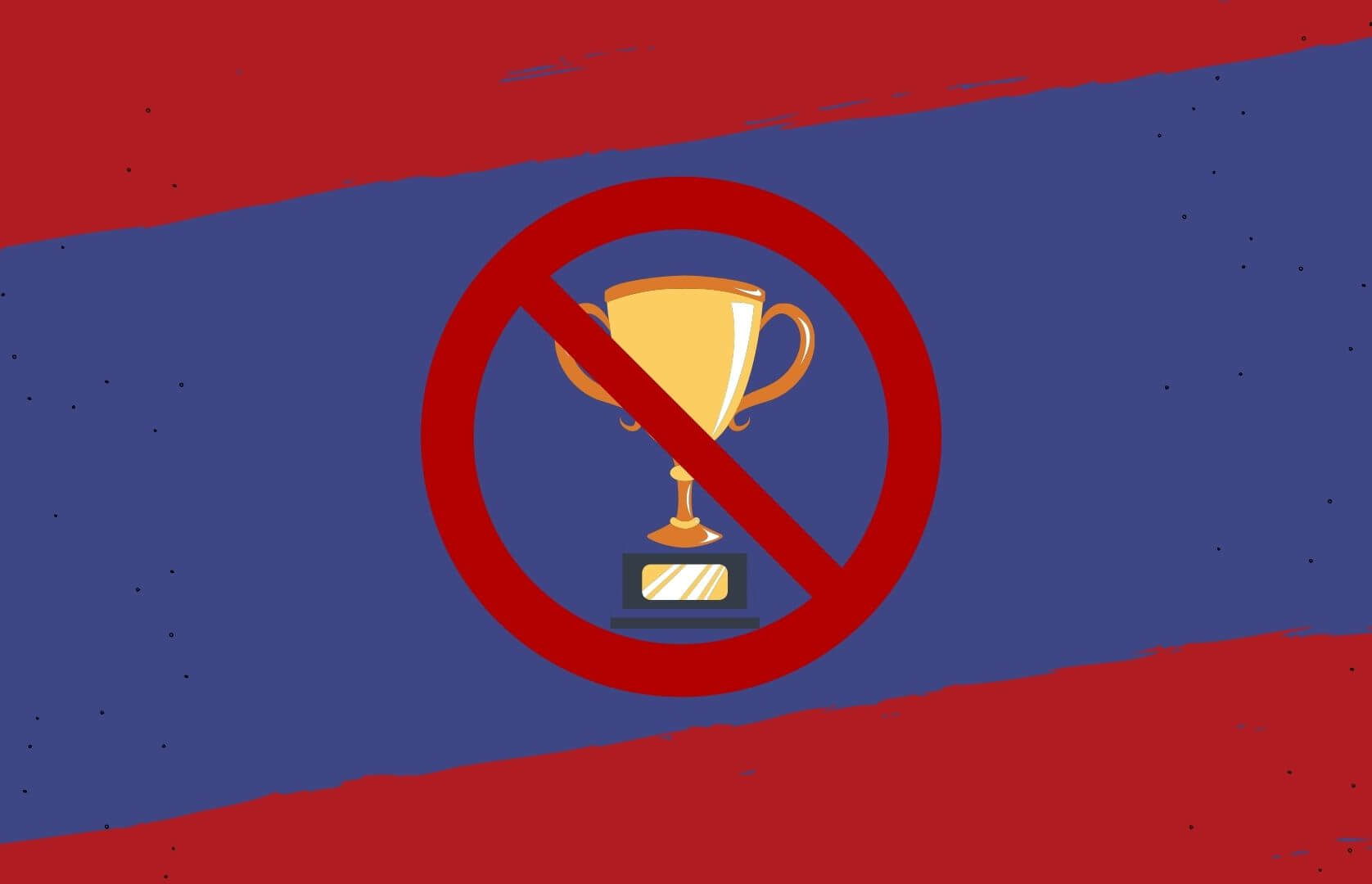 The Best NBA Players Without a Championship

Even though it sucks, not every great basketball player can get themselves an NBA championship trophy. Regardless of whether it was an injury before the Finals, not having a good enough supporting cast, or simply better opponents in front of you, some players miss out on getting an NBA ring when their careers are over.

In another universe, perhaps things worked out another way and the following players won several championships and their futures turned out totally different. Alas, we can only go from what we know and this is the history that is set in stone.

This isn’t to say any of the following basketball stars were bad, on the contrary, because if they were on another team or played in a different era or just had better luck, then they wouldn’t be on this list. Be that as it may, these are five of the best NBA players of all time who were close but never won a championship.

Half man/half amazing, Vinsanity, Air Canada… call him what you want, Vince Carter was a hugely popular NBA player, not just for his crisp shooting, freakishly good dunks, and stunning athleticism, but also for his longevity. Although starting his NBA life in Toronto, Carter ended up playing for eight teams in total, and also has the record for the longest career in the league at 22 seasons.

The fact that he played for so long and bounced around different teams makes Carter quite unique, as most players at the end of their career look to take a pay cut in order to join a contending squad for a championship. Carter was indeed happy to play for teams nowhere near a trophy, even suiting up for the lowly Kings and Hawks.

With eight All-Star appearances and two All-NBA team nods, as well as that insane 2000 Slam Dunk contest win that is still talked about to this day, Vinsanity remains one of the most interesting players who could have easily picked up an NBA ring, but chose to take his talents elsewhere. In the end, Carter retired at age 43 and works as an analyst for ESPN.

Closest to an NBA championship: Lost 4-2 to Boston in the 2010 East Conference Finals with Orlando.

There’s not a basketball fan or even player who wouldn’t love to have seen Allen Iverson pick up at least one NBA championship, such was his popularity across the league during his career.

Iverson was picked number one by Philadelphia in the 1996 NBA Draft, and his inclusion into the squad made an immediate impact. Iverson could score at will and played solid defense for a smaller guard, but more than that, his tattoos, arm sleeves, cornrows, and sweatbands ushered in a new era of fashion and trends during the early 2000s in the NBA.

At his height and weight (6 feet, 165 pounds) Iverson could outscore much bigger opponents and, much like Stephen Curry today, was a fantastic shooter and could find his way to the basket with nimble moves. In fact, Iverson’s 58 points against the Rockets in 2002 is one of the most incredible scoring performances ever seen in the league.

Iverson picked up many awards and accolades during his 14-year NBA career, including the MVP in 2001, 11 All-Star appearances, seven All-NBA nods, four-time scoring champion (he averaged 26.7 points per game for his career), as well as having his no. 3 jersey retired by the 76ers and being included in the NBA’s official best 75 players of all time.

AI, or sometimes called The Answer, tried his luck with other teams such as Denver, Detroit, and Memphis, but it was his time with Philadelphia that he’ll always be remembered for.

Closest to an NBA championship: Lost 4-1 to the Los Angeles Lakers in the 2001 Finals with Philadelphia.

If you were playing against Tracy McGrady in the early 2000s, then good luck. One of the most creative scorers and general offensive threats to play the game, it seems mad that McGrady never found himself with an NBA ring after his career was over.

With seven All-Star games, seven All-NBA selections, and two scoring titles, T-Mac was a beast on the court and a defender’s nightmare with his graceful shooting stroke and nifty ability to get to the bucket seemingly whenever he wanted. A fun fact is that McGrady is actually the cousin of another player on this list: Vince Carter.

McGrady’s 16-year career was cut short by a string of tough injuries that derailed his best playing years, especially after his prime in Houston, but for a brief time it was T-Mac that was all the NBA could talk about.

One of McGrady’s best career moments was when he pulled the Rockets back from the brink of defeat and scored 13 points in 33 seconds to help his team defeat the Spurs in a regular-season game back in 2004. Many fans had already started leaving the Houston arena, and surely still kick themselves that they missed one of the most incredible series of buckets that the NBA has ever seen.

Closest to an NBA championship: Lost 4-3 to Miami in the 2013 Finals with San Antonio (although to be fair, McGrady was at the end of his career and barely played).

When you consider inseparable NBA duos, it’s impossible not to immediately think of Stockton and Malone. Apart from one season when Malone hunted an NBA ring playing for the Lakers (which he obviously didn’t get) in 2003, Stockton and The Mailman played an astonishing 18 seasons together for the Utah Jazz.

With Stockton’s outside shooting and stylish passing, alongside Malone’s powerful inside scoring and rebounding abilities, the two player’s formed a massive threat in the West for nearly two decades.

Malone picked up two MVP awards, 14 All-Star appearances, and 14 All-NBA nods, while Stockton was a 10-time All-Star and earned 11 All-NBA selections. Both players called it quits at the age of 40 and have their numbers retired by the Jazz.

One of the most entertaining ways we saw Malone was actually in the wrestling ring, when he and Diamond Dallas Page took on ex-NBA star Dennis Rodman and Hulk Hogan in a WCW match in 1998. The match itself was, understandably, a bit silly but was a major financial success.

Closest to an NBA championship: Lost 4-2 to Chicago in the 1997 Finals and lost 4-2 again to Chicago in the 1998 Finals with Utah. Malone joined a star-studded Lakers team in the 2003-04 season with Kobe Bryant, Shaquille O’Neil, Gary Payton, and Derek Fisher, yet Los Angeles fell 4-1 to the Detroit Pistons in the 2004 Finals.

It’s hard to ignore Charles Barkley as the best NBA player without a championship. One of the most dominant big men to play the game, Barkley was an offensive weapon and a great scorer inside the paint, as well as a tremendous rebounder and defender.

Starting his career in Philadelphia, it wasn’t until his trade to Phoenix in 1992 that the basketball world really saw how incredibly talented Barkley was, as that 90s Suns team had a real shot at an NBA ring if it weren’t for the Chicago Bulls. Barkley averaged 22.1 points and 11.7 rebounds per game for his career, while adding an MVP award, 11 All-Star games, and 11 All-NBA selections to his impressive resume.

In 1996, Barkley was traded to the Houston Rockets, where he undoubtedly had his last, best chance at winning an NBA title. There, he joined other talented veterans like Hakeem Olajuwon and Clyde Drexler, and while the team itself was solid and a good contender, all the stars were just a bit past their prime and could only reach the conference semi-finals. Injuries caught up with Barkley later in his career and he retired in 2000.

Barkley played on the famous 1992 Dream Team at the Olympics and was known for his unforgiving attitude and intense personality. Still, Sir Charles is well-liked around the league and currently works as an analyst for TNT. Barkley and Michael Jordan were close friends during their playing years, but since comments Barkley made on TNT about Jordan’s ownership moves of the Charlotte Hornets, the two superstars have not spoken for years.

Closest to an NBA championship: Lost 4-2 to Chicago in the 1993 Finals with Phoenix (Michael Jordan prevented a lot of the best NBA players missing out on championships).

All great players worthy of a championship but could simply never get one.