These Awesome Ideas Will Improve The NBA 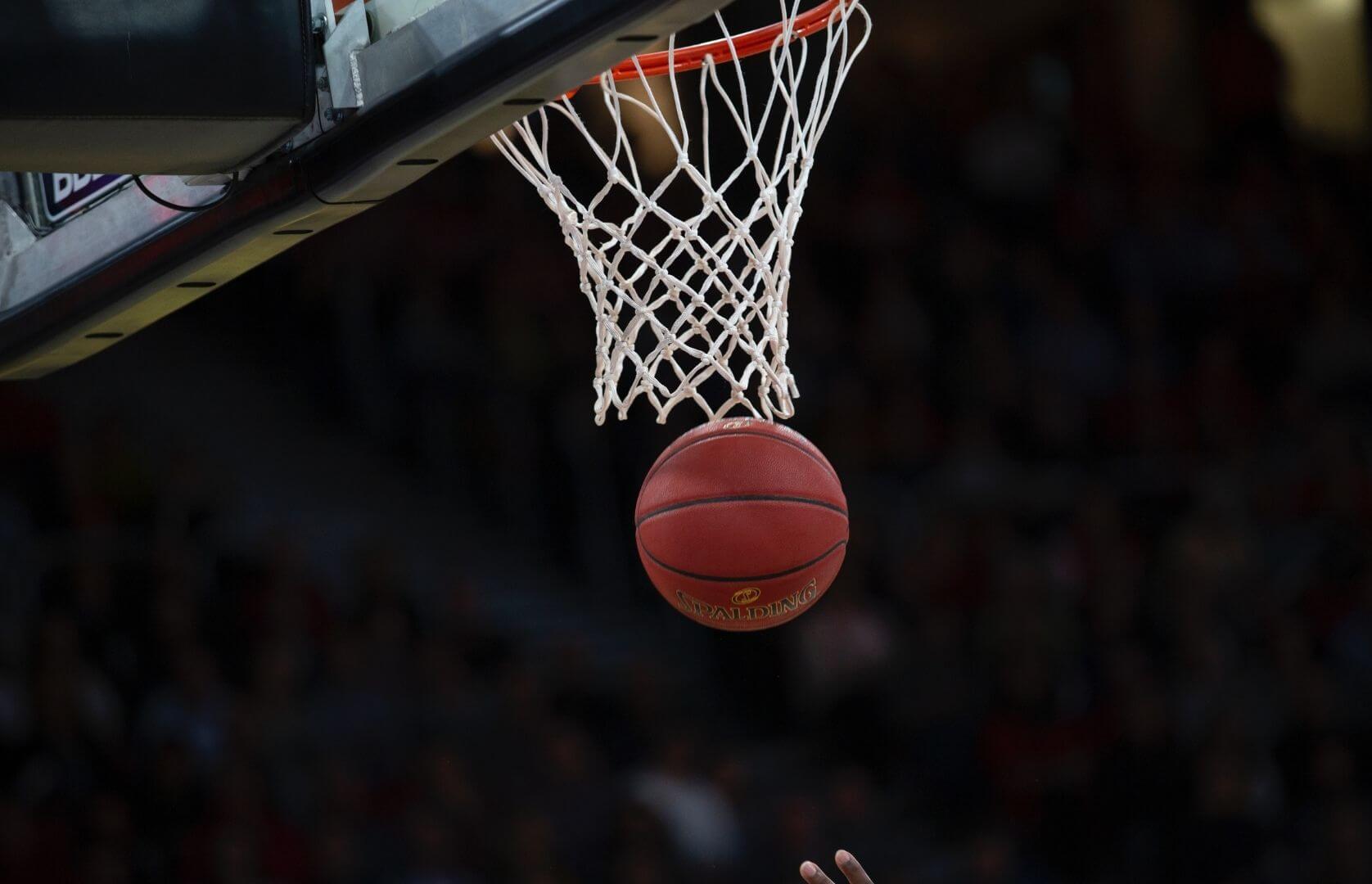 These Awesome Ideas Will Improve The NBA

The NBA is fantastic, any basketball fan knows this, but is it perfect? Not quite.

There are always ways to improve something, and a giant sports league like the NBA is no different. For anyone who watches basketball regularly, then you’ll be more than aware of some facets of the game that are, well, pretty terrible. So, what we’d like to do is suggest some awesome ideas that will benefit the NBA.

Loaning Out Players for the Playoffs

Much like we see in European soccer, players don’t necessarily have to sign a contract as a free agent or be traded to another team, they can instead simply be loaned out for a period of time. This is often a one or two-year loan, but the NBA would tweak this idea and loan out players for the playoffs.

Imagine if a team reaches the playoffs and one of its star players is injured, but what if there was an option to hire a player just for the post-season. The rule could be that only players from teams that didn’t make the playoffs are eligible.

But think about it: the player gets a chance to win a championship that year, the team loaning out the player knows he’s only gone for a few months and they get paid handsomely for it, and the team in the playoffs gets a star player to replace whoever was injured. Everyone wins.

If you can imagine it, there was even some shock and outrage when the three-point line was added to the NBA in the 1979-80 season. Now, we can’t picture basketball without it.

However, these days, players are performing “logo” shots way more than ever, that is, shots basically in the middle of the court where the home team’s logo is placed. This area is several meters away from the three-point line, so why not make it official with a four-point line.

We need to honor the players who are able to make such a tough shot, and it would add yet another intriguing strategy within an NBA game.

Nothing else has divided NBA fans since the controversial play-in tournament was introduced in the 2020-21 season. The usual playoff format only included the first eight teams in the standings for each conference to make the post-season. Now with the play-in tournament, teams in 9th and 10th place in the standings will take on those in the 7th and 8th place with a pre-playoffs battle to determine who gets into the real playoffs. Sounds a bit stupid, right?

The NBA regular season is already insanely long with 82 games (almost everyone agrees this figure should be shortened to around 67 games but it will never happen), so why do we allow mediocre teams a chance for the playoffs?

The play-in is an extra game or two at the most depending on who wins the first, but as the playoffs are long, seven-game series, extra games are just a terrible idea and make the regular season a waste if a 9th or 10th seed can knock out a 7th or 8th seed before the playoffs.

Supporters of the play-in believe that it helps teams avoid “tanking” in the regular season (losing on purpose to have a better chance at a number one draft pick), but we disagree, as most struggling teams would prefer a future star player than simply reach the playoffs and be destroyed in a sweep by the first-seeded team.

Speaking of the playoffs, this brings us onto…

Three-Game Series in the Playoffs

NBA commissioner, Adam Silver, would probably fall off his chair if he read about a switch to a single-elimination playoff series like the NFL, but how about we compromise with a neat three-game series to improve the NBA?

The NBA world clearly isn’t ready for a one-game playoff series, but a maximum of three games is just the right amount for a tense, exciting round that is full of surprises. Seven games are just too many of the same two teams, so let’s heighten the watching experience and help the players stay fresher throughout the playoffs.

Same Chances for All Teams in the NBA Draft

As of now, the teams with the worst records in the regular season will have the best chances to win the number one selection in the next draft. Obviously, this helps bad teams get better with star prospects, but what if, even just for one season, all teams had the same chances at the first pick?

There are a plethora of incredibly average teams that hover around 8th or 9th place year after year because they’re good enough to avoid the bottom standings but can’t beat the teams in the upper echelon. With this draft idea, good teams could become great teams, and college players don’t have the dread of spending their first few years in the league playing for a terrible team.

Smaller, but Still Annoying Rules That Need Changing to Benefit the NBA

Remove the delay of game technical – When a ball goes through the hoop, no player is allowed to touch it until it bounces, even if you’re just giving the ball to the referee. If so, you’ll receive a delay of game warning and the other team shoots a one-shot technical foul. This is madness and very ironic, as the free throw itself is delaying the game even more.

Non-shooting fouls should be one-shot free throws – It makes sense that a shooting foul gives you two free throws, as you need the chance to make the points you would have scored if not fouled. However, these dumb fouls that are committed to force bad free throw shooters to the line when a game is close simply ruin the fun of a game.

To help speed things up, a non-shooting foul when a team is over the foul limit is worth one shot and the team that was fouled gets the ball back. Fouls and boring free throws just slow everything down, and who wants to watch non-competitive plays like that?

Less timeouts – Still on the topic of making a game quicker and improving the NBA, give coaches fewer timeouts. Seven per team is crazy, as fans want to watch athletes on the court, not sitting on the sidelines and scheming for the next play. Let’s say three each as the perfect amount. Players are able to make decisions during the flow of the game, and it’s not always needed for a coach to draw up a plan for when the clock starts again.

Taunting – Recently, the NBA has really cracked down on players rejoicing any sort of cool moment, like a huge dunk or blocking an opponent. Anything that is deemed excessive, like shouting or throwing your arms up in celebration is considered a taunting technical foul. This gives the other team one-free throw, but worse, if it’s the player’s second tech foul, then he is ejected from the game.

Can we not have a bit of fun back in the game? These are grown men who are paid unbelievable amounts of money to play a sport, so we’re quite sure they can handle an opponent perhaps making a joke or taunt when something incredible happened. Let’s have some more drama, like pointing and laughing at a player when you dunked all over them.

Offensive goaltending – In European and Olympic basketball, players are allowed to touch the ball when it is still inside the rim and not yet through the net. In the NBA? This is a no-no. Being able to dunk the ball when it seems to be bobbling around the rim is awesome and makes for great highlights, but the NBA loves calling offensive goaltending. Let’s just get rid of it and give the refs less to do.

Video checks – Who loves going to an NBA game to watch referees check calls via a video screen? No one. Since coaches are now allowed one “challenge” per game, it means we get far more instances of refs looking at a video replay to see if they made the right call, like a foul or ball going out of the court, for example.

Annoyingly, refs can check any call they want in the last two minutes of the game, which results in more watching of screens. Do we want the refs to make the right call or simply want the game to speed up? Most fans just want a fun, quick game that has solid momentum. Will refs make the wrong call now and then? Probably, but it happens, let’s just move on and keep the game going.

Charges – Charges are so dumb. To stop an opponent from getting an easy dunk or lay-up, you’re allowed to plant yourself in front of them and if they barrel over you, they’re called for an offensive foul. There have been countless times when a player performs an incredible dunk, but is then called for a charge because the defender parked himself in front. We want more exciting offensive plays, because who cares about the Top 10 Charges of All Time?