The Warriors Are The 2022 NBA Champs! Our Finals Recap 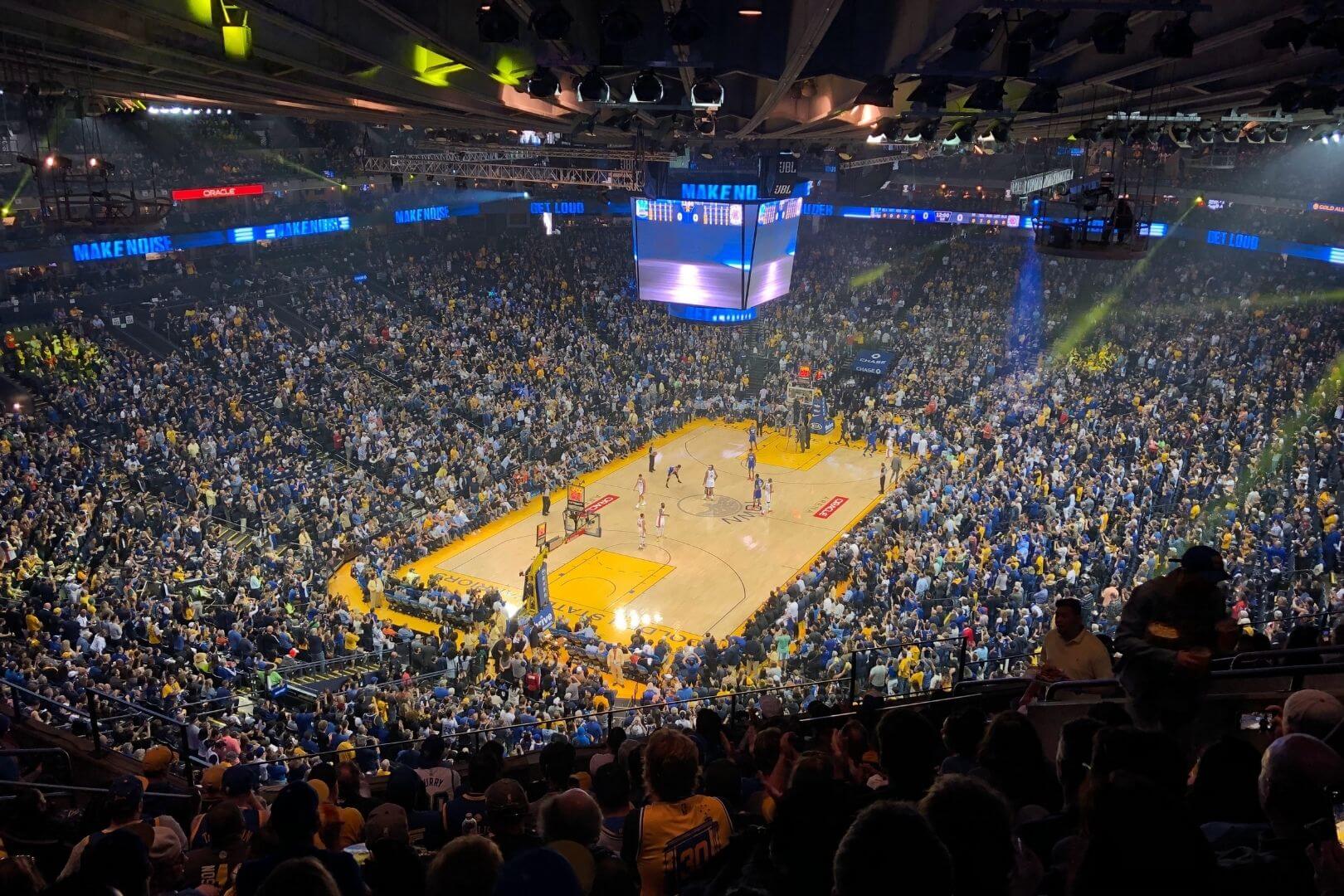 The Warriors Are The 2022 NBA Champs! Our Finals Recap

The 2021-22 NBA season is finally over with the Golden State Warriors picking up their 4th title in eight years.

The Warriors won Game 6 of the Finals by defeating the Boston Celtics 103-90 in a thrilling matchup that brought out the full emotions of every player on the court. Most notable was Warriors’ superstar, Stephen Curry, who openly wept after two difficult years in which the team was nowhere near contention.

Curry was just sublime during Game 6 and the entire series, hitting huge shot after huge shot, and rallying his team to victories and the eventual championship. Unsurprisingly, Curry was given the Finals MVP, the first of his career, as there was rarely a moment in the six games where he didn’t display his incredible talent.

In the final game against the Celtics, Curry scored 34 points but also added seven rebounds and seven assists in the victory. However, it was clearly Steph’s 43 points in Game 4 which is the one that will be talked about for many years to come. This is the matchup where Steph played the game of his career and truly earned the Finals MVP.

Steph joined the upper echelon of NBA greats with this latest win, as it’s rare to see a guard of his height simply devastate lineups in front of him with his shooting and even skills driving to the hoop. Curry didn’t have anything to prove with already three championships on his resume, but this fourth completely shut up the haters who thought he was too old to win another.

For many newer players on the Warriors roster, such as Andrew Wiggins, Jordan Poole, and Gary Payton II, it’s their first championship ring and a doorway to new NBA experiences. But for long-time Warriors players like Curry, Klay Thompson, Draymond Green, Andre Iguodala, four rings is the stuff of the NBA Hall of Fame.

“They’re all unique, they’re all special,” said Warriors coach Steve Kerr when discussing the championships. “This one might have been the most unlikely. It takes a group effort to get it done and we had a great group.”

Perhaps one of the greatest stories of this latest Warriors title is that Klay Thompson could actually play and contribute well in the Finals. Was he Klay of old? Not exactly, but he had his moments and the team may not have won without him.

Thompson was sidelined for roughly 2.5 years with injuries, many of which have prevented NBA players from competing again, but he came back and now he’s a champion again.

So then, the Celtics… what went wrong? Several things, but mostly bad turnovers, poor production from the bench, and not a superstar effort from the team’s best player, Jayson Tatum.

In Game 6, the Celtics turned the ball over a staggering 23 times, and the Warriors capitalized by scoring 27 points from those mistakes.

We’re talking about losing the ball on a drive to the hoop, errant passes, travels and stepping on the out-of-bounds line. These just added up to too many unforced errors.

Tatum, as well, only scored 13 points and went 6-18 from the field. The team’s bright spot was Jaylen Brown with 34 points, but Tatum was the guy everyone thought could carry the Celtics to the franchise’s 18th championship. At 24 years of age, he’s still young, but we expected so much more from this player who led Boston to the Finals and took two games from the Warriors.

Luckily, there’s time for the Celtics to get back to the Finals, as the roster is young and full of talented players, but this loss will be a convincing lesson on how mentally and physically strong you must be to win a title.

Perhaps the straw that broke the Celtics’ back in Game 6 was the 21-0 run in the first half, which was the largest unbroken run in Finals history. Of course, Boston made a run of its own late in the game and kept it close, but they just lost time, stamina, and motivation in the end against the Warriors.

Congrats to the Golden State Warriors and let’s see if they can bring the same energy for the 2022-23 season.

5 takeaways from Game 6 of Boston vs. Golden State

A lot goes into winning an NBA title… here’s how the Warriors did it.

The Celtics were thought of as the best defensive team in the NBA, with the ability to shut down offensive stars and take away everything from open three-pointers to drives down the lane to easy jump shots.

Well, the Warriors taught the Celtics a lesson about stanch defense, as Boston was beaten at its own game. Golden State, particularly Draymond Green and Andrew Wiggins, never let the Celtics play the way they wanted to and made life hard on the court. Tatum and Brown could score from time to time, but it was rarely easy.

By the end of the series, the Celtics just looked exhausted and made so many airballs and bad passes, which makes sense when the Warriors’ defense is so crushing.

The fact that Tatum in the Finals averaged just 21.5 points per game and had a field goal percentage of only 36.7, not to mention 3.8 turnovers per game, shows just how pressured he was during the entire six games.

Curry averaged 31.2 points per game in the Finals, as well as 6.0 rebounds, 5.0 assists, and a shooting percentage of 48.2. This was a classic performance from Curry that will be discussed many years later.

However, he still got support from Thompson and Green when it mattered. The two co-stars have lost some athleticism in their older age, but the high basketball IQ is there and this trio just clicks into gear at all times together on the court.

With five championships as a player and four as a coach, it’s hard not to put Steve Kerr on a list of the most successful NBA icons. He made the tough choices when it mattered, such as benching Draymond Green in Game 4 when he just couldn’t help offensively.

Kerr knew how hard to push his stars and made sure his bench played sparingly but at crucial moments. He also gave younger players like Moody and Kuminga a decent amount of playing time, which will almost certainly help down the line.

Supporting cast that knows its role

When you’ve got the Big 3 of Steph, Klay, and Draymond, you also need players who do their job and don’t complain. Hence, this is why we saw players thrive like Wiggins, Looney, Porter Jr., Payton II, and Poole.

Every single one of these guys made big plays in each game, whether it was a Wiggins block, Looney rebound, or Poole buzzer-beater. It all helped to take the burden off Steph and keep the flow going when he was on the bench.

Let’s not forget that Payton II fractured his elbow in Round Two of the playoffs (still a dirty play from Dillon Brooks) and looked unlikely to return at all. Well, he came back despite the misgivings and was solid throughout the Finals, making timely buckets and adding several hustle plays that turned the tide.

An offense that is forever malleable

Unlike the Celtics’ offense that just looked very predictable after a while, the Warriors always keep defenders guessing. With fantastic three-point shooters like Curry, Thompson, Wiggins, and Poole, you just never know where the shot is coming from.

Of course, you can double team Curry, but there’s someone else with a reliable shot to throw the ball to. As well, Draymond is so savvy with the ball at the top of the key, that he can screen the defender and hand the ball off to Steph, throw it to Looney for an easy two at the rim, or drive it himself for a dunk.

The Warriors just constantly move around on offense and make things a nightmare for defenders. Curry is a wizard off the ball, as once he passes, he’ll sneak around to another corner to get the ball back, then swish in a perfect three-pointer. You just can’t sleep at any moment against Golden State.

Everyone trusted the current lineup

There were cries at the trade deadline to move several of the younger Warriors players on the roster, including Kuminga, Moody, and Wiseman, in order to receive a veteran player that would help in the playoffs. Well, the Warriors kept these guys and still won the title.

The plus side? They now have several young, talented players to mold into shape for the future. Judging from the skills they’ve already displayed, there could be many more Warriors titles in a few years.