NBA News: The Latest on The 2022 Playoffs 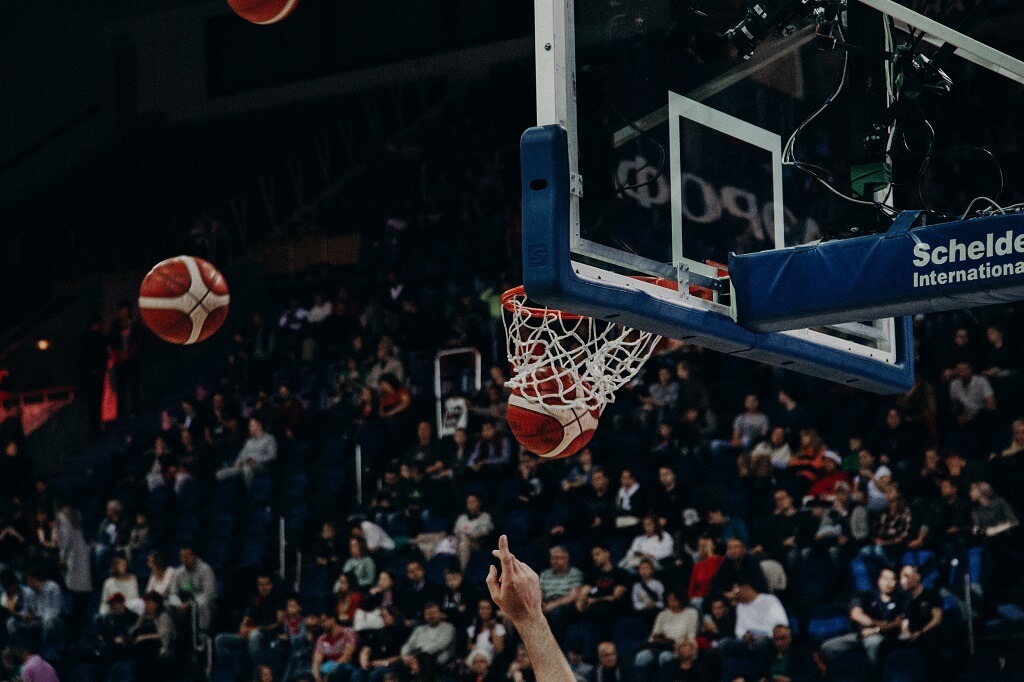 NBA News: The Latest on The 2022 Playoffs

As usual, playoff basketball is providing all the surprises and delights that make the NBA so darn exciting. If you’re not tuning in now, then are you a basketball fan? Even if your team is out or didn’t make the playoffs, then it’s still a joy to watch these superstars take over the league in the 2022 Conference Semis.

Read all about what’s happening in the NBA Conference Semis below.

Despite an incredible last-second effort from Ja Morant, the Grizzlies had a heartbreaking loss to the Warriors in Game 1 of the second-round playoffs, 117-116.

This is the reason we love playoff basketball, as the intensity and effort goes up several notches and we see the NBA at its best. The Grizzlies played as well as any team could against such a strong team like the Warriors, but a few ill-timed shots and unforced errors helped Golden State get back into the game and take the win.

As solid as Curry and Thompson were for the Warriors, it was really Jordan Poole’s incredible game that helped spur his team to a massive road victory in the second-round series. Poole ended up as the top scorer for Golden State with 31 points, from 12-20 shooting, but also added nine assists, eight rebounds, and two blocks.

As Andre Iguodala is still sidelined for a few more days with a neck strain, the Warriors badly needed some veteran leadership to help quell the fast and savvy uprising Grizzlies from taking over the game. Well, ordinarily that comes with Draymond Green, but after playing only 17 minutes, Green was ejected for a flagrant 2 foul on Brandon Clarke’s shot attempt near the hoop.

This was a crushing blow to Golden State, but in fact, the ejection served to galvanize the squad and the “next man up” mentality kicked in. The Warriors carried on as usual and managed to hold off a rampaging Grizzlies team that very easily could have taken Game 1 if things went their way.

“We knew that was a tough break that didn’t go our way and we were all kind of shocked by the decision, but we were confident and determined and the guys stayed with it,” explained Steve Kerr, Warriors head coach.

Ja Morant, as expected, was unbeatable at times on the court with his quickness at the rim and improved shooting from the three-point line. Despite a nasty fall onto his back in the first quarter, Morant looked a little worse for wear but carried on nevertheless, finishing the game with 34 points from 14-31 shots, as well as adding 10 assists, nine rebounds, and three steals.

With the Warriors up 117-116 and four seconds left in the game, the Grizzlies inbounded the ball and gave Morant a smart run-up for a drive to the hoop (something of a specialty now) but when 9/10 of his attempts go in, this one just hit the backboard and Memphis lost the game with such a good look at the basket.

Even though this type of close loss can destroy motivation, the Grizzlies seem to be built differently this year. They bounce back from defeat with ease and it’s certain that they’ll make this a tough series for the Warriors.

One of the best things for Memphis fans was the stellar play of Jaren Jackson Jr., who ended things with 33 points and 10 rebounds. The Grizz can’t rely on Morant to bail them out of tough spots all the time, so having Jackson pick up his game is a much-needed boost for this young and talented squad.

“I’ve seen Ja make that layup thousands of times. Even more times in the clutch. It’s a shot he can make in his sleep… I’m with that shot every day of the week,” said Jackson.

5 takeaways from Game 1 of Golden State vs. Memphis

Here’s what will happen in the upcoming games for the second round of the NBA playoffs.

The Celtics looked like strangers in their own home in the Game 1 loss to the Bucks, 101-89. The team was out of sorts: Sloppy with the ball, taking bad shots, no lockdown defense, and the stars like Tatum and Brown didn’t take over like they normally should.

For the Bucks? It was no Middleton, no problem. Giannis, Holiday, and the remaining co-stars got things done even without a top scorer like Khris Middleton, who will be most likely out for the complete series.

Milwaukee looked calm and collected for the entire game, and why shouldn’t they? The Bucks are the defending NBA champions and didn’t get to this position by luck. The team is a well-oiled machine and always knows what play to make on the offensive and defensive end. Plus, they have a certain Greek Freak by the name of Giannis Antetokounmpo, so that usually helps.

Giannis was the driving force in the Bucks’ win, even when he wasn’t scoring, he was facilitating and causing trouble for a scrambling Celtics defense. Giannis finished with a solid triple-double of 24 points, 12 assists, and 13 rebounds, but also one of the coolest self alley-oops you’ll ever see. For Giannis, it’s always the case of “when the going gets tough, the tough get going.”

Boston should regroup well enough, so expect them to take Game 2 after getting out the first game jitters. Once the series goes back to Milwaukee for games 3 and 4 is where things will get interesting, as the Bucks’ home crowd is really something else.

It’s hard to imagine Tatum and Brown going AWOL like they did in Game 1, but hopefully we get the version of the Celtics that was destroying teams in their path during the run-up to the 2022 NBA playoffs.

This series has lost a bit of its juice after we heard that star Joel Embiid will not be playing for the 76ers in games 1 and 2, at the very least, after picking up a facial fracture in the series-ending win over the Raptors. Embiid is the heart and soul of Philadelphia, and hardly anyone in the league can contend with his height, footwork, and inside/outside scoring, but here’s where James Harden needs to step up.

Harden is probably gutted that he has to lead a team yet again in the playoffs, as this was the precise reason he wanted to leave the Rockets and Nets. But if Phili can at least win one of two games against the Heat in Miami, then it’s a good way to stave off defeat until Embiid returns.

The Heat look fantastic, and Jimmy Butler appears to be in the zone right now. Bam Adebayo will have an easier time in the paint with Embiid sidelined, so look for him to score 30+ and pick up 12+ rebounds in a Heat win.

Dallas’ convincing series win over the Jazz might be nice, but let’s see how they do against a stronger opponent like the Suns. Now that Devin Booker is playing again for Phoenix and more or less looking normal again, the Suns won’t have to rely solely on Chris Paul for their offense, even if CP3 can probably do it alone if he wants to.

Having Luka Doncic back in a Mavs uniform is not only great for Dallas, but commissioner Adam Silver is no doubt wiping his brow in relief. Doncic is arguably the best upcoming star of the NBA and having him in the playoffs is a massive ratings boost.

Phoenix should take Game 1, but don’t be surprised if the plucky Mavs pick up Game 2.

What a series this is going to be! Steph vs. Ja is a matchup for the ages, as both guards are snazzy and fun in their own special ways, with Ja’s dunks and Steph’s three-pointers always highlight-worthy plays.

The Grizz aren’t afraid of anyone, even three-time champions like Steph, Klay, and Draymond, but the team’s inexperience in clutch playoff moments could be a problem for a youthful team. Still, the Grizz will have a bounce-back Game 2 and get the victory to make the series 1-1.