NBA NEWS AND SCORES: THE LATEST GOSSIP FROM THE LEAGUE 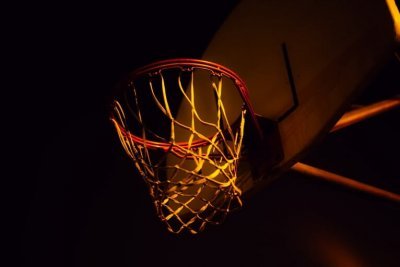 NBA NEWS AND SCORES: THE LATEST GOSSIP FROM THE LEAGUE

While we have a lot of NBA rumors regarding the upcoming trade deadline, very little excitement has happened yet. That’s no doubt going to change, but in the meantime, we’ve had a lot of exciting games to focus on, as well as All-Star weekend announcements to delve into. Get all the up-to-date hoops info right here.

Gary Trent Jr. on fire as Raptors get convincing win over Miami

For a team that hasn’t had a lot to shout about this season, it must be refreshing as a Raptors fan to see three straight wins – the latest one a big 110-106 victory over East rivals, the Miami Heat. This wasn’t even a “fake” win, as Miami, which sits in fifth place in the NBA power rankings, had no Lowry but still solid minutes from Butler, Adebayo, Robinson, Herro, and Tucker.

The 26-23 Raptors, who are chilling in 8th place in the East NBA standings, had their five starters score in double figures in the win, but who are we kidding, it was all because of Gary Trent Jr. The shooting guard, who was brought into Toronto via a trade in 2021, not only poured in 33 points over Miami, but has also scored at least 30 points in his last five games.

Trent Jr. is averaging 17.8 points, 2.8 assists, and 2.8 rebounds per game for the season. More than that, though, he has given them another scoring threat not seen in Toronto since Kawhi Leonard left. “He’s just full of confidence and he’s obviously really hard to guard right now,” said Raptors coach Nick Nurse regarding Trent Jr.’s play. “He’s talking more, he’s stepping up as a leader, he’s bringing that competitiveness on both ends of the floor,” added Raptors guard, Fred VanVleet.

Despite a decent first half for the Heat, it was the Raptors who owned the second half, especially in the fourth quarter when they scored 30-23. Miami lost their third game in a row, but it’s not hard to see why when they shot 8-30 from the three-point line and had 17 turnovers compared to 15 from Toronto.

Since winning the NBA championship over the mighty Warriors in 2019, the Raptors have just been “meh” since then. Obviously, losing Kawhi in free agency didn’t help, but no one really thought the silent superstar would actually stay in Canada.

Since receiving a four-year, $130 million max contract, Pascal Siakam has been… well, just fine, but for that money, you’d expect much more. The numbers are decent, as he’s averaging 21.0 PPG, 8.5 RPG, and 5.1 APG, but it’s not the leap many thought he would take in his sixth season with the team.

VanVleet has been as dependable as ever and could even find himself with an All-Star nod, but the brightest spot for Toronto has got to be the incredible play of rookie, Scottie Barnes. Alongside Cade Cunningham and Evan Mobley, Barnes has been proving himself at the top of the rookie class, with his scoring and rebounding strengths clearly evident in every game. Rookie of the Year? Maybe, but the Raptors got a steal in the draft and a great player for the future.

Are there really any more crazy jams that we haven’t yet seen in a dunk contest? Well, we’re about to find out when the All-Star Weekend takes place from February 18-20, 2022. The contestants have been announced, and they are Jalen Green (Rockets), Obi Toppin (Knicks), Cole Anthony (Magic), and Juan Toscano-Anderson (Warriors).

While we know that all the participants are solid dunkers who will be able to throw down as well as the next guy, but come on… where are the big names? Remember the days when the superstars wanted to win at everything? Jordan, Kobe, and Vince Carter all had memorable dunks that helped them win the contest in the past.

We had some nice battles between Zach Levine and Aaron Gordon in 2015 and 2016, but it’s been a lot of “who is this guy again?” with regards to the dunk contest. Hopefully we’re proved wrong, but since the first competition in 1984, it’s been way more déjà vu than mind-blowing dunks.

Where’s Ja Morant? Giannis? LeBron? All these guys can jam like there’s no tomorrow, and we’re sure if the money is right, would bring their absolute best to a dunk contest. We need a few more marquee names to get people excited, because if the dunks we see in the 2022 event are simply fine with a capital F, then maybe we need to think about discarding the contest unless we get some newer, fresher, more thrilling jams than ever before.

We’ve had a lot of terrible dunks over the history of the contest, but things got so bad that the entire thing was scrapped in 1998 and 1999. The event returned in 2000 when Vince Carter performed arguably the best series of dunks to ever happen in the competition. The famous dunk artist literally saved the contest from extinction, because if this 2000 edition failed as well, then public interest would be lower than the Mariana Trench.

Of course, there have been many awesome moments, but these are some of the most hilarious/terrible dunks to ever happen in the contest:

Mark these two down on the NBA schedule.

Ben Simmons refuses to play for Philadelphia and is happily losing millions of dollars in the process, but meanwhile, the Sixers are quietly rolling their way to second place in the East NBA standings at 31-19. Behind Joel Embiid’s insane 29.1 PPG and 10.8 RPG, Phili has shown that one incredible center, plus a bunch of great role players, can be a recipe for success. Sure, who wouldn’t like a second star to help take the burden off Embiid, but it might not be absolutely necessary for now.

The Mavs, despite having a slow start to the season, have been firing on all cylinders lately. We all know how great Luka is, but solid contributions from Jalen Brunson and Dorian Finney-Smith have catapulted Dallas to 5th in the West NBA standings. Unfortunate injuries to Hardaway Jr. and Porzingis will derail the momentum somewhat, but the Mavs have still got what it takes to overthrow a great team like the 76ers right now.

Two very average teams is must-watch clash? This NBA game has the potential to be exhilarating, but only if Detroit’s number one pick, Cade Cunningham, and Wolves’ rising star, Anthony Edwards, each have incredible performances. Both players are a wonder to behold, as they pretty much have the green light to do whatever they want. This means you sometimes get some bad plays, but you also see some fun, amazing shots that no one else tries.

If the Wolves don’t win this, then eyebrows will certainly be raised, but they most certainly will, with KAT and Edwards playing brilliantly this season. Cunningham will have his own highlights, but Wolves will get the victory and this should help them reach the playoffs, or at least the play-in tournament (a small but noteworthy achievement for a franchise without much success).