Looking Back at The Wild 2021/22 NBA Regular Season 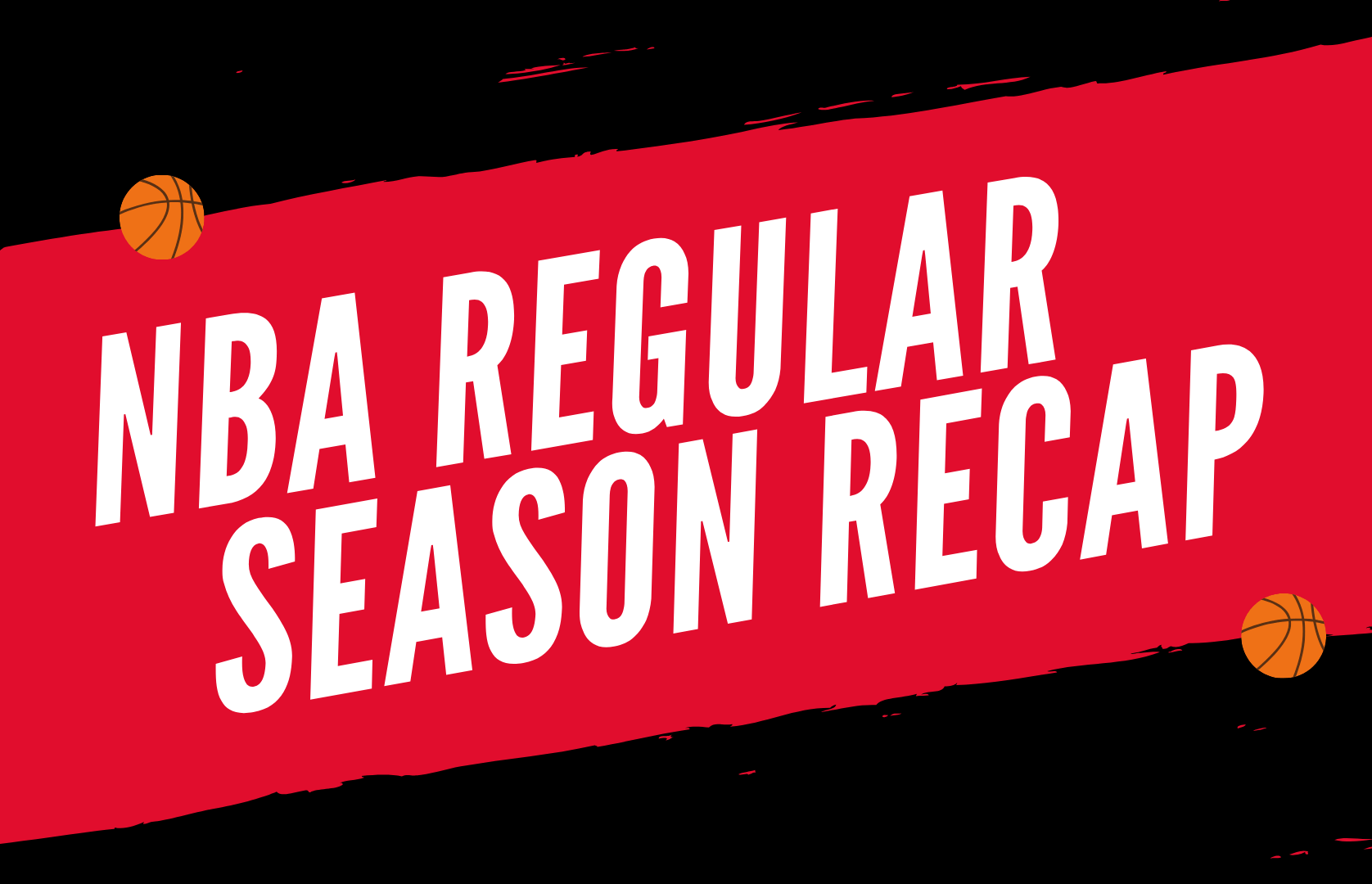 Looking Back at The Wild 2021/22 NBA Regular Season

The 2022 NBA playoffs might be in full swing right now, but we’ve only just caught our breath from what happened in the regular season. As you might expect, there were several moments that made us gasp, shout, jeer, and face-palm in equal measure, but we wouldn’t have it any other way.

There’s so much to recap from the 2021/22 NBA season, so let’s have a look at some of the best/worst moments from it all.

Losing by 20 points is bad. Losing by 40 is humiliating. Losing by 73? We need to invent a new word for this. On December 2nd, 2021, the Memphis Grizzlies simply annihilated the Oklahoma City Thunder by a staggering 73 points, with the final score ending up as 152-79. To put things in perspective, this is the largest margin of victory in the history of the NBA.

Weirdly, this unbelievable score was achieved without the Grizzlies’ best scorer, Ja Morant, and even weirder still, no one on Memphis scored over 30. This was a team effort in the truest sense, as Jaren Jackson Jr. was the top scorer with 27, then Santi Aldama (we know, who is this guy?) with 18, and then a bunch of 10s and 11s across the box score.

Sure, the Thunder’s star player, Shai Gilgeous-Alexander, wasn’t in the game so you could expect a much closer matchup with him suiting up. We know the Thunder like to lose to get a better chance at high lottery picks in the draft, but damn… 73 points? Were the Thunder sleepwalking through it? This will live on forever as the most lopsided game of all time.

These days, it’s pretty normal that star players sit out a few regular season games under “load management,” to essentially save the wear and tear on their bodies and lessen the chance of injuries. It’s a smart move for the long-term health of the player, but it also sucks if you’ve come to an arena expecting to see the best players, only to find they’re on the bench in street clothes and aren’t on the court.

This is exactly what happened when a young girl went to the Chase Center in San Francisco to watch the Warriors, only to learn that her favorite player, Steph Curry, was absent from the game. Her reaction to the news was heartbreaking to watch, but it all worked out in the end.

She and her family were given courtside tickets to a road game in Denver, and who should greet her to say hello and give an autograph? Steph Curry himself. Her response was to break down in tears, but she was clearly the happiest young girl on the planet to meet her hero in person. Oh, and the Warriors won against the Nuggets, so she had even more reasons to be cheerful.

Even if he never wins an NBA championship or MVP award (although he very likely will get both one day), Ja Morant is still the most exciting players to come into the league for the last few seasons.

It’s immensely refreshing to see a player just attempt mad dunks and lay-ups that leave a crowd on its feet and wanting more. Morant is the king of the smartphone, because as soon as he’s on a fast break, every single person has their phone out to record whatever insane thing he’s about to try.

People still go crazy about the dunk attempt that could have ended Kevin Love’s life back in Morant’s rookie season. The moment is one of the best “what if?” questions in the history of the NBA, because if that dunk had gone in the hoop and not bounced out, we would easily call it the best slam of all time.

Morant and the Grizzlies are fast, fun, and athletic, and we can’t wait to see them get even better as the years go on.

There were several major accomplishments in the 2021/22 NBA season:

Sure, Nikola Jokic shoving Markieff Morris in the back during the Nuggets’ win over the Heat on November 9th, 2021, was pretty brutal and a real lowlight in the big Serbian’s career. Morris did hit first with a hard foul, but Jokic’s reaction to violently push Morris in the back resulted in the talented forward missing close to four months with severe whiplash.

Well, that wasn’t the worst moment in the 2021/22 NBA season, as it was COVID-19 protocols and injuries to star players that again hampered the league.

Zion Williamson and Kawhi Leonard, two of the biggest names in the NBA, didn’t play a single second due to rehabbing a variety of injuries. These two should be back soon, but as usual, nearly every team was decimated by not just injuries to major players for several weeks, but also dozens of positive coronavirus cases that forced players to sit at home.

Things got so bad that NBA teams had to start signing players who were previously well out of their prime, including Lance Stephenson and Isaiah Thomas, just to fill out their rosters to play a game. Many matchups were postponed, as teams couldn’t meet the required number of players needed for a game.

This one is simple: Phoenix. For a team that went to the 2021 NBA Finals and lost, you’d understand if there wasn’t the same competitive drive after a heartbreaking defeat, but you’d be wrong. The Suns were even better than last season, ending up with a 64-18 record and absolutely blowing every team out of the water.

The team’s Big Three of Chris Paul, Devin Booker, and Deandre Ayton were all amazing, but there was much improvement in the likes of Mikal Bridges, Cameron Johnson, Jae Crowder, and Cameron Payne. Everyone carries their weight on the Suns and there is no time for ego BS and drama. Phoenix is a well-oil machine that could certainly return to the Finals and win it all this time in 2022.

…and the worst team

Of course, there were statistically bad teams in the 2021/22 NBA season, like the league-worst Rockets with a record of 20-62, but no one thought they’d be good anyway. As for the Lakers? They pick up the Worst Team award, as this was a squad many thought was a certainty for the championship.

On paper, a lineup of LeBron James, Anthony Davis, Russell Westbrook, Dwight Howard, and Carmelo Anthony looks solid, but in reality? It was dysfunctional, old, and inconsistent. The team struggled with injuries and a stable roster all year, leading to embarrassing losses and shocked Laker fans who couldn’t believe a team with LeBron could be this bad.

In the end, the Lakers finished with a 33-49 record and didn’t even make 10th place in the West to be eligible for the play-in tournament, let alone the playoffs. Unsurprisingly, Westbrook took much of the blame, as the team traded three players to get him from the Wizards, and his “me first” mentality didn’t blend well with the Lakers at all.

Coach Frank Vogel was fired and it’s all but confirmed that Westbrook and many other players on the roster will be traded before the start of the 2022/23 season.

Honestly, you could pick Nicola Jokic as the league MVP and no one would raise an eyebrow, but it’s hard to go past Joel Embiid as the NBA’s best player this season.

Not only did he lead the 76ers to a very respectable 51-31 (fourth in the East), he did so much of the season without a co-star until James Harden arrived at the trade deadline for a disgruntled Ben Simmons.

Embiid has been close to MVP form in previous seasons, but the 2021/22 campaign is too strong to ignore, as he averaged:

What’s more, Embiid was also the healthiest he’s been for a long time, completing 68 games out of 82, as he was starting to get a reputation for never being able to play more than half a season. Embiid also kept turnovers low at roughly three per game, which is solid for one of the main ball-handlers on the team.

Again, we won’t be shocked if Jokic picks up his second MVP in a row, but it should belong to Embiid.

A look into next season

A lot of teams need improving, but many will need the NBA draft to do that, such as the Rockets, Pistons, Magic, Thunder, and Blazers.

The likes of the Knicks, Lakers, and Spurs will all be able to sign notable free agents and make some crafty trades to help their rosters.

The Nuggets, Cavs, and Clippers are all expecting star players to return from injury and should be back on track next season, although that all depends on how well the rehab process has been.