Check out all the NBA News on the 2022 Playoffs 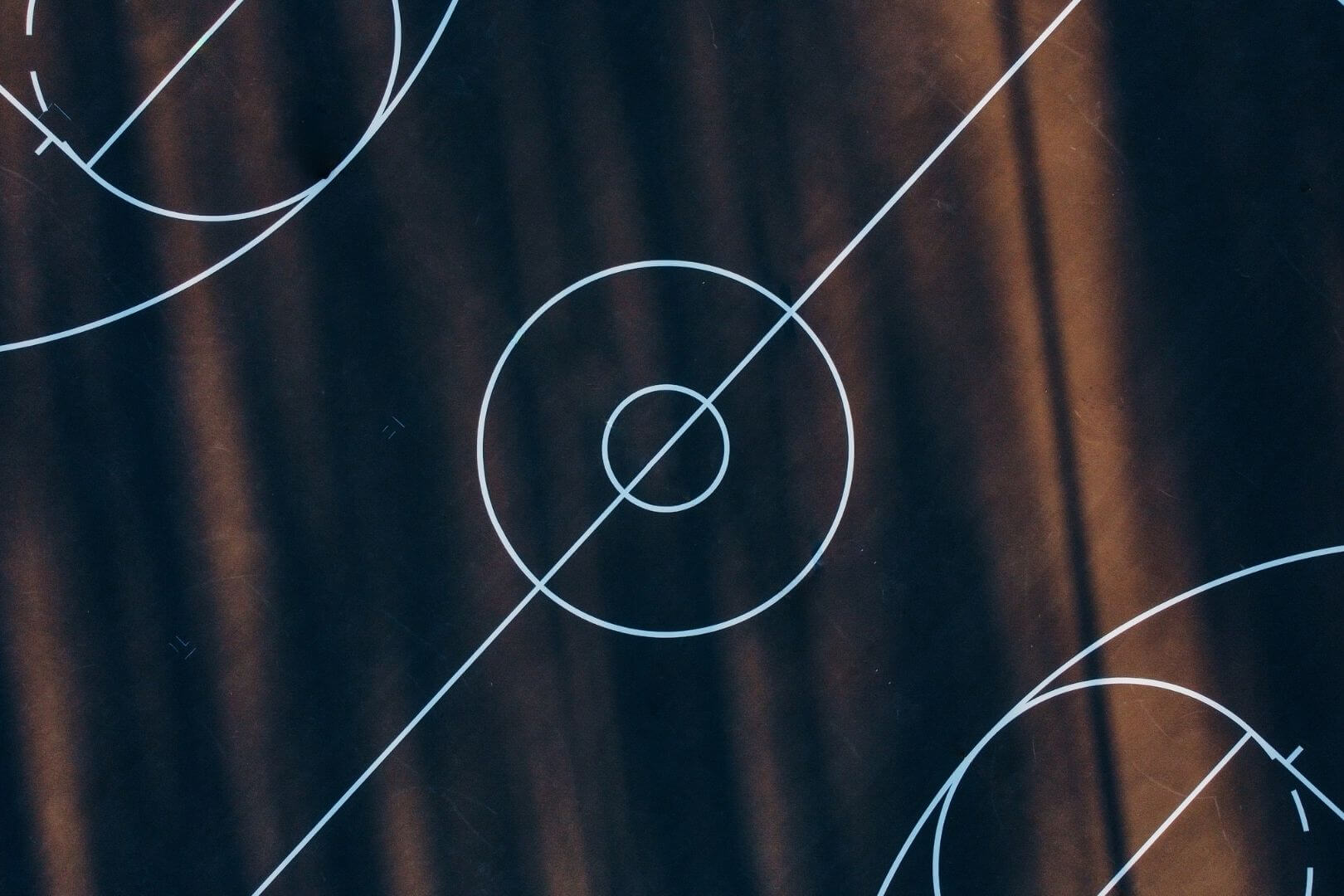 Check out all the NBA News on the 2022 Playoffs

Ja Morant’s injury has clouded the matchup against the Warriors, but this is still the best series in the playoffs right now. Celtics and Bucks is as exciting as we thought, but the best news is that Miami v. Phili and Dallas v. Phoenix are both becoming thrilling now that the series are tied.

Read all about the NBA playoffs here.

Oh, what a chance. With seconds remaining and Milwaukee leading the game, 103-100, Boston’s Marcus Smart is fouled and sent to the free-throw line for two shots.

He hits the first, but knows that a second-made free-throw is of no help, so he intentionally misses, grabs the rebound and flings up a wild shot. It doesn’t go in, but more Celtics have a go. Robert Williams’ attempt goes awry, but Al Horford manages to tip the basketball in right at the buzzer.

The problem? The buzzer already sounded while the ball was in Horford’s hand, which means the shot didn’t count.

This was a tough defeat for Boston, especially as the team fought their way back in the fourth quarter after being down as much as 14 points, but credit where credit’s due: The Bucks stormed back from a Game 2 loss and more than anything, proved why they were the 2021 champs and still need to be reckoned with.

Milwaukee’s superstar of superstars, Giannis Antetokounmpo, was just outstanding in Game 3, scoring 42 points and adding 12 rebounds, eight assists, two blocks, two steals, and only three turnovers. The Greek Freak got to his spots with relative ease, dunking and euro stepping his way to the hoop like only he’s capable of doing.

This was a far cry from the Game 2 Boston win, where the Celtics’ defense managed to contain Giannis and made him uncomfortable all night. Whether Giannis worked on some things in the break between games or the home Milwaukee crowd added that extra boost, it doesn’t matter, as this was the Bucks’ leader that the team badly needed to get the victory.

Giannis had no choice but to score at will and take over the game, as his running mate, Khris Middleton, is a reliable scorer on most nights, but won’t be seeing the court until the next round (if the Bucks beat the Celtics, that is). That said, Giannis still got useful contributions from Holiday (25 points), Lopez (13), and Connaughton (11).

So, what went wrong for the Celtics? It was tough defense from the Bucks’ Holiday and Matthews, as well as a lot of bad shots. It was a night to forget for Jayson Tatum, that’s for sure, as despite averaging 25.4 PPG in the playoffs so far, Tatum only managed to score 10 points in the Celtics’ loss.

Tatum was out of sorts, rushing shots and making poor decisions that resulted in points for the Bucks on the other end. In total, Tatum ended the game with woeful shooting stats, including 4-19 from the field (0-6 from the three-point line) and only made 2-3 free-throws. Include just three assists, four rebounds, and three turnovers, and it’s arguably his worst playoff game.

Jaylen Brown was, fortunately, a major bright spot for the Celtics by scoring 27 points from 8-16 shooting, as well as 12 rebounds and four assists. The four turnovers were costly, but this was a game where the ball was often in Brown’s hands, making him the “go-to” guy when Tatum couldn’t score.

It’s mad to think that the Celtics had such a good chance to tie the game and send it into overtime, seeing as it was not the best game we’ve ever seen from the white and green, but a win is a win for the Bucks.

5 takeaways from Game 3 of Milwaukee vs. Boston

Many series aren’t looking the way we first thought, but here’s what should happen during the remaining Conference semifinal games of the NBA playoffs.

This is one feisty series. With the Warriors up 2-1, things are about to get even more interesting with the news that Grizzlies’ star talent, Ja Morant, will be sidelined for Game 4.

Morant hurt his knee late in Game 3 (when things were basically already over) and limped off the floor. Although it was far from intentional, Warriors’ Jordan Poole could be seen grabbing Morant’s knee while attempting to get the ball. It’s laughable to think that it was a dirty play (unlike Brooks whacking Payton and ending his playoffs with a fractured elbow).

With Game 4 in San Francisco and Morant out, it would be madness if the Warriors don’t go up 3-1 in the series. However, the Grizzlies have managed to win games without Morant before, and his absence could be a catalyst to bring Memphis together for a resounding win. Still, it shouldn’t come to that, as the Warriors look awesome.

Unbelievably, many people still don’t know who Ja Morant is. After his wild shots, impressive dunks, and general cool demeanor, all that is about to change. Morant is averaging 27.1 points, 8.0 rebounds, and 9.8 assists in the playoffs, but more importantly, helping his team win in major games.

His absence from Game 4 is not just gutting for Memphis, but for the league as a whole, as there’s no one quite like Morant.

76ers vs. Heat was shaping up to be a pretty boring series, as Embiid was ruled out and Miami went 2-0 to look comfortable. Then… Embiid returned and James Harden dialed back the clock, and now the series is 2-2.

Embiid’s presence on the court is undeniably impactful (not surprising when he’s 7′ 0″ and 280 lbs.), but with Harden scoring 31 points in the 76ers’ latest win over the Heat, the team has yet another reliable player who can get their own shot.

Apart from Jimmy Butler’s 40 points for the Heat, Miami looked pretty lackluster and slow. With the series going back to Miami for Game 5, the Heat have a great chance to re-group and prove why they were so feared during the regular-season. This series will almost certainly go to seven games, but the Heat should come out the victors.

So the Suns aren’t invincible after all!

They say a series doesn’t really start until the road team wins, which sounds pretty true right now, as things are tied 2-2.

Phoenix relentlessly attacked Mavs’ Luka Doncic on the defensive end in the first two games, as the Suns knew that the superstar needs to save his energy for offense. Well, that plan went out the window in Games 3 and 4, with Dallas getting its footing back and looking formidable.

Doncic is the current leading scorer in the playoffs with 32.2 PPG, but what’s most intriguing is the emergence of Jalen Brunson on the Mavs. He’s become such a dependable teammate to take some of the scoring burden from Doncic.

If every other Mavs player can keep making three-pointers, then this series is going to seven games. However, we still think the Suns are savvy enough to progress to the next round.

The Celtics looked pretty bad in Game 3 and still only lost by two points, which means they have a great shot to take Game 4 on the road and even the series. Tatum can’t possibly play as bad as he did in the last game, and the Celtics should figure out a few new ways to stop Giannis from dominating the game (easier said than done).

The Bucks will be hoping to end things quickly to give Middleton more time to recover, but can Holiday keep scoring 25+ to help Giannis? It’s likely, but everything has to align perfectly for another win for the Bucks in Game 4.