LATEST NBA NEWS AND SCORES: HOOPS ROUNDUP AT THE END OF MARCH 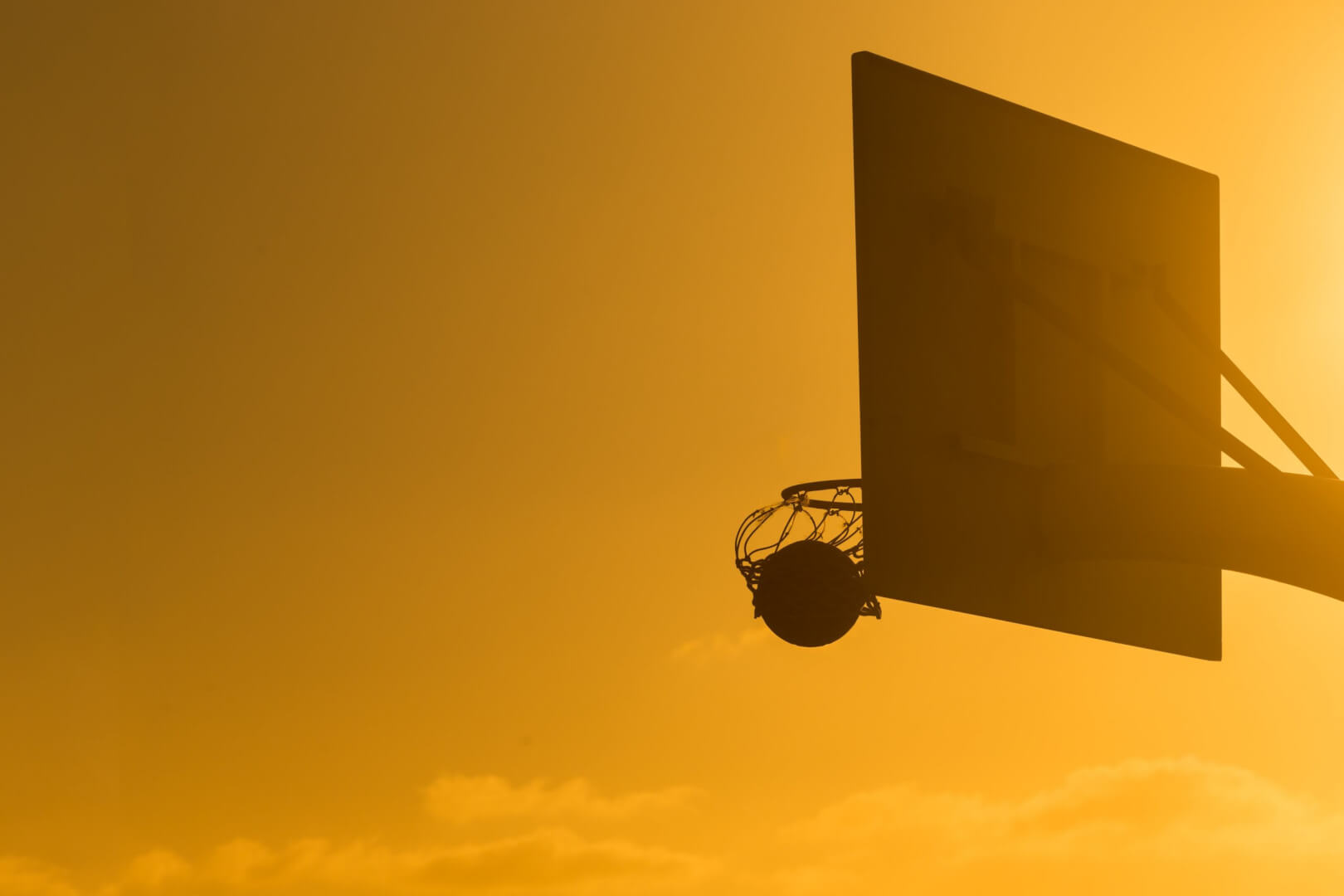 LATEST NBA NEWS AND SCORES: HOOPS ROUNDUP AT THE END OF MARCH

It’s “go time” in the NBA with the playoffs being tantalizingly close (but not close enough). As always, injuries to key players on teams with championship aspirations are a kick in the teeth at the wrong moment. Still, this season remains one of the hardest to predict, as there seems no obvious team to win the Larry O’Brien trophy.

The Heat, Bucks, Celtics, and 76ers all look incredible in the East, while the Suns, Grizzlies, Warriors, and Mavs are also great in the West. The Nets might be languishing low in the standings, but with the news that Kyrie Irving can now play home games again in New York, it seems certain that Brooklyn is a major threat once again.

Read all the hottest news about the NBA right here.

Seemingly out of nowhere, superstar Paul George returned to the Clippers lineup after not playing an NBA game since December 22nd, 2021, when he suffered a right elbow injury.

There was strong speculation as to whether PG would return at all this season, considering that the Clippers are also missing Kawhi Leonard and looked unlikely to win the championship. Well, things may change now, as George’s 34 points, four steals, and six assists helped to propel the Clippers to a massive 121-115 win over the Jazz.

What’s more, the Clippers were down by 25 points early in the game, but it appeared that George’s presence was enough to rally L.A. to a big comeback, as the home team’s 39-21 fourth quarter helped seal the victory.

George looked like his usual dynamic self, slashing and cutting his way to the basket with ease and shooting a solid 10-20 from the field, not to mention back-to-back three-pointers right in front of the Clippers’ bench.

George reportedly felt no pain in his elbow and his shooting style appeared no different than usual. George was told by doctors that surgery wouldn’t be needed on the ligament damage, as this particular issue is best left to heal on its own.

The Clippers are 8th in the West NBA standings and are 3-7 in their last 10 games, so this win and the return of PG13 is just the morale boost the team needed. Rumors continue to circulate that Kawhi may even be fit and ready for the playoffs, but there has been no official word. Kawhi has missed the entire 2021-22 season after rehabbing from an ACL injury.

The Jazz, meanwhile, lost their fifth straight game and should have continued their hot start to the game, only to take their foot off the pedal and squander a huge lead. Donovan Mitchell scored 33 points, but there didn’t seem to be much help from his teammates apart from Mike Conley’s 19 points.

One of the biggest reasons for the Jazz loss was a bad free throw shooting night, as the road team went 17 of 29 from the line and missed several crucial shots down the stretch. Utah also turned the ball over 15 times, compared to the Clippers’ 11, with several egregious turnovers happening late in the fourth quarter.

There’s not much cause for alarm, as the Jazz remain in the 5th spot in the West NBA standings, and at worse they could drop to 6th but still avoid the play-in tournament.

There has been much grumbling over whether the Jazz’s Mitchell/Conley/Gobert trio is enough of a title threat, as the team is starting to have a reputation for decent regular seasons but flaming out in the playoffs. Whether one or two of these stars is moved in the off-season depends on what happens when Utah battles for its first NBA championship in franchise history.

Winning a game in Phili is never easy, and certainly not when Joel Embiid and James Harden are on the court, but the Bucks cared for none of that and walked out of the City of Brotherly Love with a tough 118-116 victory.

What was the reason for the win? Well, that much is obvious, it was all down to Giannis Antetokounmpo. The Greek Freak was on fire, scoring 40 points and adding 14 rebounds, six assists, and three blocks. One of those was a literal game-saving block, as Giannis swatted away Embiid’s effort to tie things up with mere seconds remaining.

Giannis was initially called for goaltending after the block occurred, but this was overturned after a lengthy referee review (these are boring to watch but somehow necessary in times like these). This isn’t the first time a Giannis block has saved the day, either, as his special swat of Deandre Ayton’s dunk attempt in Game 4 of the 2021 Finals is highly regarded as one of the best of all time.

Giannis’ freakishly good block aside, the Bucks’ Middleton added 22 points while Holiday contributed 18 as well. Milwaukee’s 48 rebounds compared to Phili’s 40 was a strong difference, too, as outrebounding Joel Embiid is certainly an impressive feat itself.

Harden played well enough with 32 points and nine boards, while Embiid got going late in the game with 29 points and 14 rebounds. Phili stuck with the defending NBA champions for much of the game and always fought back when Milwaukee looked like it was running away with things. But a few defensive errors from the 76ers and Giannis’ late block were enough for the Bucks to get the win.

The Bucks have gone 7-3 in their last 10 and remain second in the East NBA standings, while the 76ers have gone 6-4 and are in 4th place. This could certainly be an Eastern Conference Finals matchup, given how great these teams are playing right now.

For some inexplicable reason, Giannis was interested in telling bad jokes at his post-game press conference before talking about the incredible win. Giannis sat down at the microphone, opened up a book of “Dad Jokes” and asked: “What do you call a cow on the floor?” With the answer, of course: “Ground beef.”

Giannis himself found the joke hilarious, while the reporters in the room gave forced chuckles to fill the silence. This could be the start of Giannis’ stand-up comedy career, but more likely it’s just a bit of fun to alleviate the repetitiveness of post-game talks with the media.

Check out these two must-see matchups on the NBA schedule.

The Blazers have officially stopped trying for the rest of the 2021-22 regular season, as apart from trading away C.J. McCollum and Robert Covington, the team is now resting Jusef Nurkic, Anfernee Simons, and Eric Bledsoe. Damian Lillard has been sitting out with an injury for several months, so no one expected him back, so it appears that Portland is aiming for a high draft pick in the upcoming lottery.

Will Portland trade Dame in the off-season? As of now, all reports suggest the star Blazer wants to stay in the only team he’s ever played for, but you never know what’s going to happen in the NBA these days.

The Spurs, however, are now in the 10th spot in the West and in front of the Lakers, so the more they keep winning and the more the Lakers continue losing, the happier things are for San Antonio fans. If the Spurs don’t beat the Blazers, then they probably don’t deserve to be in the play-in tournament, but this will keep things interesting to see if the Lakers actually make it to the post-season.

The Wolves are fighting for the 6th spot with the Nuggets to get out of the play-in tournament, so a direct game between the two teams is exactly what we need. Minnesota has slowed down a little bit from its amazing run in early March, but KAT is balling out of his mind and has galvanized a Wolves roster that is playing harder than we’ve seen for years.

The problem is that Nikola Jokic and the Nuggets have no thoughts about letting the Wolves run in and out of their home court with a win, so this is a tough one to call. It’s hard to imagine Minnesota getting a road win in a notoriously difficult court in Denver, so we’re going to say that the Nuggets get the victory, while the Wolves will reach the playoffs via the play-in tournament at the end of the regular season.