WHAT’S HAPPENING IN THE NBA? POWER RANKINGS, GOSSIP, AND SCORES 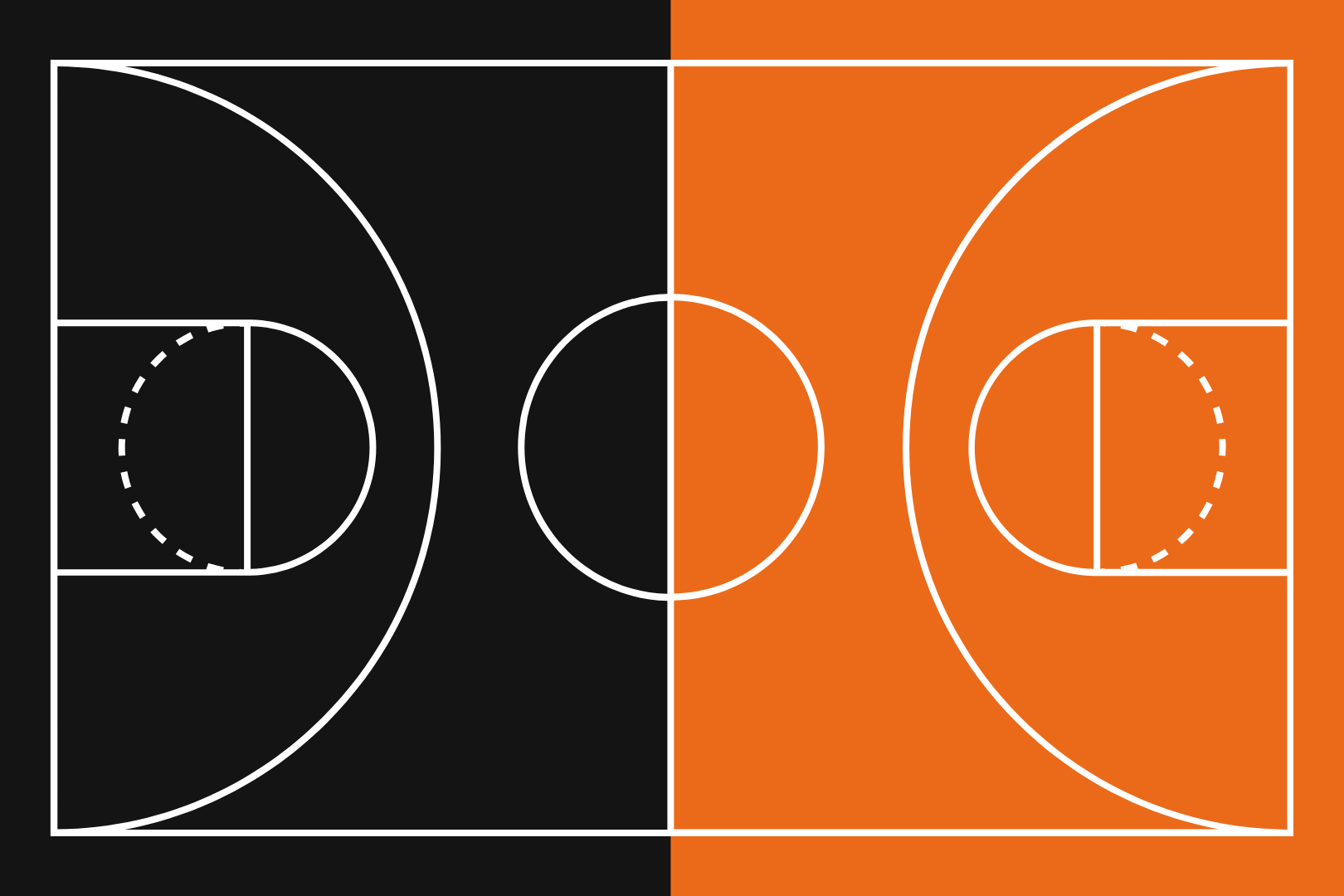 WHAT’S HAPPENING IN THE NBA? POWER RANKINGS, GOSSIP, AND SCORES

The trade deadline has been and gone, so now we have real NBA news and games to focus on! How is James Harden fitting with the 76ers? Quite well, and it looks like he’s been there all season long. What about Ben Simmons with the Nets? No idea, as we’re yet to see him even hint at playing again. Hopefully it’s sooner rather than later, as the NBA playoffs are coming up faster and faster, so Brooklyn will want to figure out the Simmons experiment ASAP.

At 9th place in the West NBA standings, the 27-33 Los Angeles Lakers suffered yet another debilitating defeat, this time at the hands of the New Orleans Pelicans. Perhaps underestimating their opponent, the Lakers seemed to be coasting for most of the game, particularly in the third quarter, which saw the Pels outscore the Lakers 44-25.

Once a bit of a laughing stock at the start of the season, the Pels have turned things around since the trade that brought in CJ McCollum from the Blazers. Going 6-4 in their last 10 games and showing new urgency to reach the playoffs, the Pelicans are flying high right now with McCollum and sixth-year forward, Brandon Ingram (who was traded from the Lakers in the Anthony Davis deal). There’s still no Zion and no sign of him returning this season, but honestly, who cares right now? The Pelicans look great.

New Orleans didn’t just beat L.A., but also knocked off the Suns and are in a two-game win streak (wow!) that could be the start of something special. The Pelicans are 10th in the West NBA standings and right behind the Lakers. It’s possible that both the Pels and Lakers will be forced to compete in the play-in tournament in order to reach the playoffs (there’s no way the Lakers are dropping below 10th place), which seems funny, as LeBron once derided the play-in tournament as a complete sham. Now? It might save The King to reach the post-season.

In the Pelicans’ big road victory against the Lakers, in which the 28-point victory is indeed the biggest franchise win over L.A., there wasn’t a standout player as such, as McCollum (22 points), Ingram (19), and Jonas Valanciunas (19) all chipped in gallantly and this resulted in a team success more than anything.

New Orleans crushed the Lakers in practically every statistic during the game, including outrebounding (51-28), three-point % (43.3-20.6), and assists (29-15). The Lakers did lead in one category, however, but that was turnovers (23-15). It was around the 20th turnover when a chorus of boos rang out across the Lakers’ crypto.com home arena. Not the sound the Lakers expected to hear, but that’s what you get when the effort and intensity just aren’t there.

LeBron James finished the game with 32 points and six rebounds but also seven turnovers and only three assists. The rest of the Lakers weren’t much help, either, as Russell Westbrook ended up with 16 points from 5-15 shooting, six rebounds, and added seven turnovers and only one assist. There’s also little hope on the horizon with the news that star Anthony Davis will be sidelined at least another 4-5 weeks with a foot sprain.

AD will surely help upon his return, but there are bigger questions hovering over the team. Will Frank Vogel coach the Lakers much longer? It seems mad to blame the Lakers’ recent struggles purely on him, but the coach is usually the first scapegoat for every sports team when things go bad. It seems a thousand years ago that Vogel and LeBron led the Lakers to their 17th NBA championship in 2020.

Then there’s more LeBron drama. The NBA’s most famous superstar has said all along that he wants to spend his last season playing with his oldest son, Bronny, when he becomes eligible for the NBA Draft in 2024. The comments have suggested LeBron wants out of L.A., but LeBron has confirmed his desire to stay with the Lakers: “This is a franchise I see myself being with. I’m here,” said LeBron. “I see myself being with the purple and gold as long as I can play.”

Whether the Lakers will move heaven and earth to ensure Bronny ends up on the team still remains to be seen, but as usual in Lakerland, we can’t wait for all the upcoming drama and NBA rumors to unfold before us.

After the Sixers swapped Ben Simmons to the Nets for James Harden, Philadelphia has now traded away two number one draft picks in the last three years. While we’re yet to witness Simmons play in a Brooklyn uniform just yet, we are, in fact, about to see Markelle Fultz suit up for the Magic for the first time since early 2021.

Fultz was taken first in the 2017 NBA Draft, and could never seem to find a fit with the Sixers. Along with Joel Embiid and Simmons, Fultz was supposed to be part of “The Process,” a long rebuilding project of the 76ers franchise to get worse in order to get better through the draft (best not to think that Fultz was taken ahead of Jayson Tatum, Lonzo Ball, Donovan Mitchell, De’Aaron Fox, and Bam Adebayo).

Well, Embiid is still there and Simmons turned into Harden, but after Fultz barely played for Philadelphia and was underwhelming when on the court, other issues rose to the surface. Namely, a lingering shoulder injury that turned out to be thoracic outlet syndrome, which apparently affects the feeling in the right hand and arm.

Unable to make things work, Fultz was traded to Orlando on February 7th, 2019, for Jonathon Simmons, an OKC first-round pick, and a Cavs second-round pick. In the end, it was the OKC pick that turned into guard Tyrese Maxey, who has been balling for the Sixers and is a crucial piece for Philadelphia going into the playoffs.

In a new city and with a fresh start, Fultz was looking solid for the Magic, averaging 14.3 points, 3.6 rebounds, and 6.1 assists, but more importantly, thriving for a franchise that has far less media scrutiny than Philadelphia. Yet, just as he signed a three-year, $50 million extension in December 2020 with the Magic and set about rebuilding his image, Fultz crumpled to the floor after tearing his left ACL during a game against Cleveland on January 6th, 2021.

Thankfully, however, after a year of rehab and a lot of patience, Fultz is expected to play against the Pacers on Monday 28th February. Magic fans have a young guard to be excited about (in addition to point guard Cole Anthony), but Fultz has yet another chance to show the talent that earned him the number one pick back in 2017.

Need to know which games to watch? Mark these two down on the NBA schedule.

Who doesn’t love to watch Ja Morant score a million points for the Grizzlies and look awesome while doing it? Trick question, as obviously Morant is a treat for every real NBA fan. The Grizzlies are the league’s sweetheart team right now, as they’re young, talented, and full of championship determination. Plus, at 3rd in the West NBA standings, why shouldn’t they be full of confidence?

The Celtics, on the other hand, are 8-2 in their last 10 games, but have at least steadied the ship in what was looking like a disaster of a season. Tatum and Brown have figured things out and rookie coach, Ime Udoka, seems to have the team’s ears at last. At 6th in the East NBA standings, Boston is playing the type of basketball we all thought possible when looking at the roster on paper, so it will be a huge disappointment if the Celtics have to enter the play-in tournament to reach the playoffs.

Morant and the Grizz against the defensive-minded Celtics will be an incredibly fun battle, but Boston has a healthy line-up and is full of confidence right now, so look for the green-and-white to get the win.

The 76ers will very likely create an NBA record soon for having the most boring all-time game due to the number of free throws taken by Embiid and Harden. But hey, a win is a win, and the Sixers are going to get a lot of victories with these players as a one-two combo.

But the Heat are leading the East right now and are absolutely no cakewalk, so if they can avoid fouling and giving into Harden’s flailing arms, then they’ll certainly get the win in this tight game. Jimmy Butler can lead Miami at any time during any game, and Tyler Herro is looking like he’ll take home the Sixth Man of the Year award with his stellar play on the court. Miami will fight hard for it, but they’ll keep the East top spot against Phili.