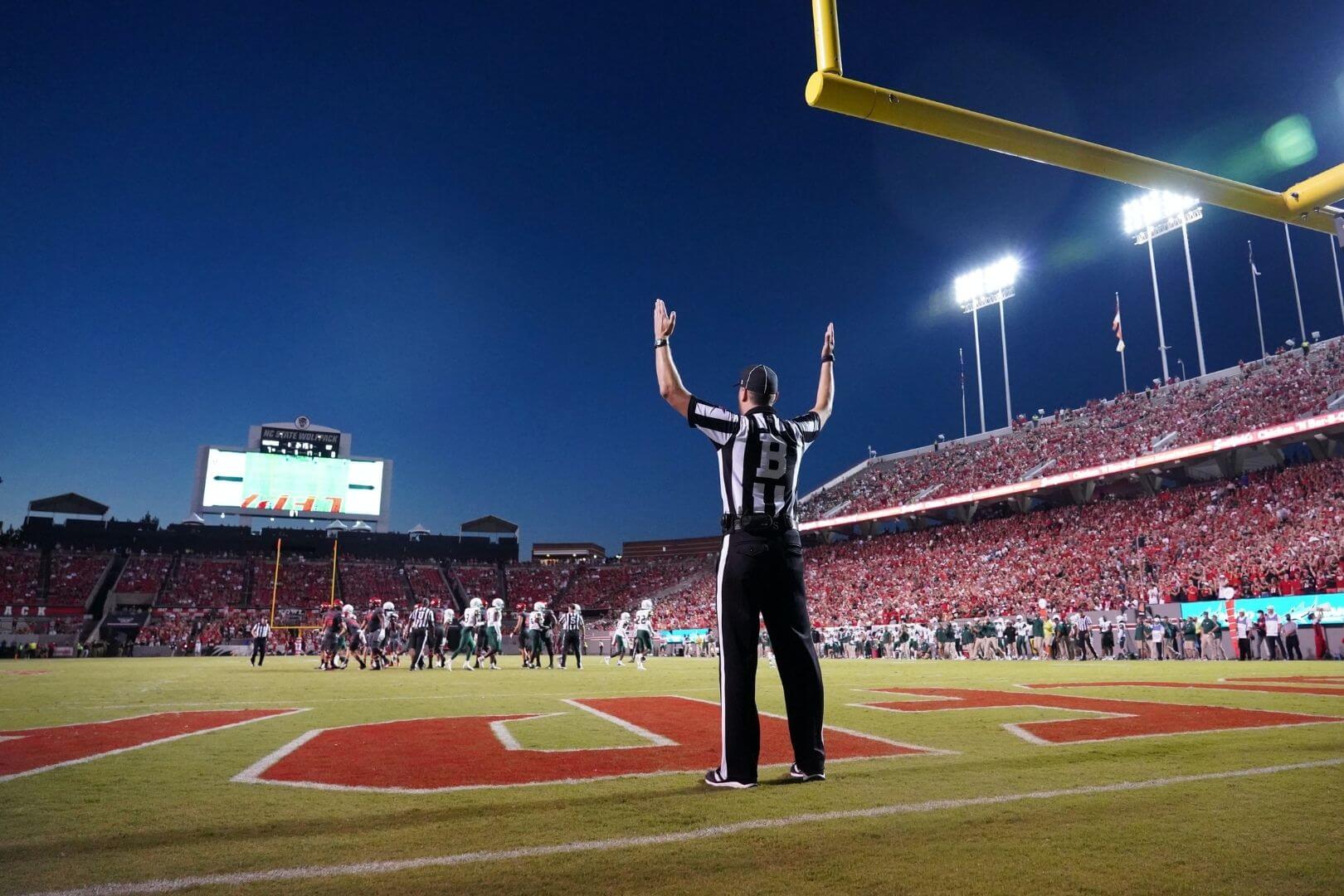 Photo By: Gene Gallin on Unsplash

We all want sports to be as fair and true as possible, but sometimes odd things happen that are less than ideal. Controversial NFL moments have been plentiful over the years, yet we want to shine a light on some of the ones that are the most glaring.

Everything from ruining footballs to crazy half-time shows to unusual referee calls has occurred in the NFL. Of course, you never expect a sports league to run smoothly at all times, but some moments really stick out because of divisive choices.

To make sure you know all about the weird and wacky parts of football, these are the top five debatable NFL moments that are still discussed to this day.

The New England Patriots may well have six Super Bowls thanks to great coaching from Bill Belichick and arguably the greatest quarterback of all time, Tom Brady, but the team is not without its controversial moments. Spygate and deflategate have tainted the otherwise perfect franchise, but what happened?

Spygate was a long and confusing incident during the 2007 NFL season, when it was revealed that Patriots’ coaching staff had been illegally videotaping the New York Jets’ defensive coaching signals. This was a violation of the league rules, and the NFL fined Belichick $500,000, the Patriots organization $250,000, and took away a first-round selection for the NFL Draft in 2008.

Deflategate was a major NFL controversy involving accusations of Tom Brady orchestrating the purposeful deflating of footballs used during the Patriots’ win over the Colts in the 2014 AFC Championship Game. As a result, Brady was suspended four games and the Patriots were fined $1,000,000 and lost two draft picks in 2016.

Super Bowl 38 was certainly a decent game in which the Patriots defeated the Panthers, 32-29, back in 2004. However, it wasn’t the game itself that drew so much attention, as the half-time show had one of the most controversial NFL moments of all time.

During a duet between Janet Jackson and Justin Timberlake’s “Rock Your Body,” the former NSYNC star (whether accidentally or on purpose we’ll never know) ripped off a section of Jackson’s costume to reveal her breast. The incident was on the air for barely a second, but it was enough to draw the ire from millions across the world for complaints about public indecency.

The moment was dubbed a “wardrobe malfunction” and as a result, the Super Bowl half-time shows are now always streamed live with a few seconds delay, in case any further scandalous events occur. Considering the uproar after the controversial NFL moment, a lot more care and planning goes on to ensure something like this never happens again.

From 2011 to 2016, Colin Kaepernick was a hugely talented quarterback for the 49ers and had the potential to be one of the best in the league. Nevertheless, Kaepernick was less interested in his playing time and more on social injustices, as he began to kneel or sit down during every NFL game during the American national anthem for the 2016 season.

Kaepernick inspired many other players to do the same thing during the season, garnering an equal amount of praise and animosity from people on both sides of the argument. Some thought it was disrespectful to those in the military not to stand up for the anthem, while others found it a necessary act to bring light to racial inequality in the USA.

“I am not going to stand up to show pride in a flag for a country that oppresses Black people and people of color,” Kaepernick told NFL media. “To me, this is bigger than football and it would be selfish on my part to look the other way.”

Kaepernick became a free agent in 2017 and wasn’t signed by any NFL organization, leading many to believe that the QB was too controversial despite his skills on the football field.

When a team is forced to change its name, you know it must have been a bad choice to begin with. Washington’s NFL team was once called the “Redskins” but faced intense criticism dating back to the 70s, as it was generally felt that the name was derogatory towards Native Americans living in the USA. However, it took until July 2020 for the team to depart from the moniker.

Amazingly, Washington had no official team name (simply going by Washington Football Team) for 18 months until a new and better name could be decided. Now, the team is known as the Washington Commanders, which is a nod to the city’s strong military ties. It’s still pretty unusual for a team to go such a long time without an official name, as 18 months to come up with “Commanders” is astonishing. It’s a fine name, but it took that long?

Washington also faced a similar issue with its NBA team, as the “Bullets” became the “Wizards” in 1995 after feeling that the former title was too connected to gun violence raging across the country. This was certainly a good decision, as the NBA was right to move away from gun connotations and pick a more family-friendly name.

Antonio Brown Walks Out on the Buccaneers

During a game between the Jets and Buccaneers on January 2nd 2022, Tampa Bay’s star wide receiver, Antonio Brown, decided to publicly leave the team by walking off the field as the game was still happening. Brown started removing his uniform and safety gear and threw everything into the stands, before running across the field and into the tunnel to the locker rooms.

Brown was released by Tampa Bay hours after the controversial NFL moment occurred, but the wide receiver tells a different tale. Brown claims that he informed the team he wouldn’t be able to play because of an ankle injury. When the Bucs’ coach, Bruce Arians, told Brown to get in the game, Brown spoke about his injury and that he wasn’t able to play. Arians then told him to leave and not to come back. The Buccaneers organization refutes this version of Brown’s story.