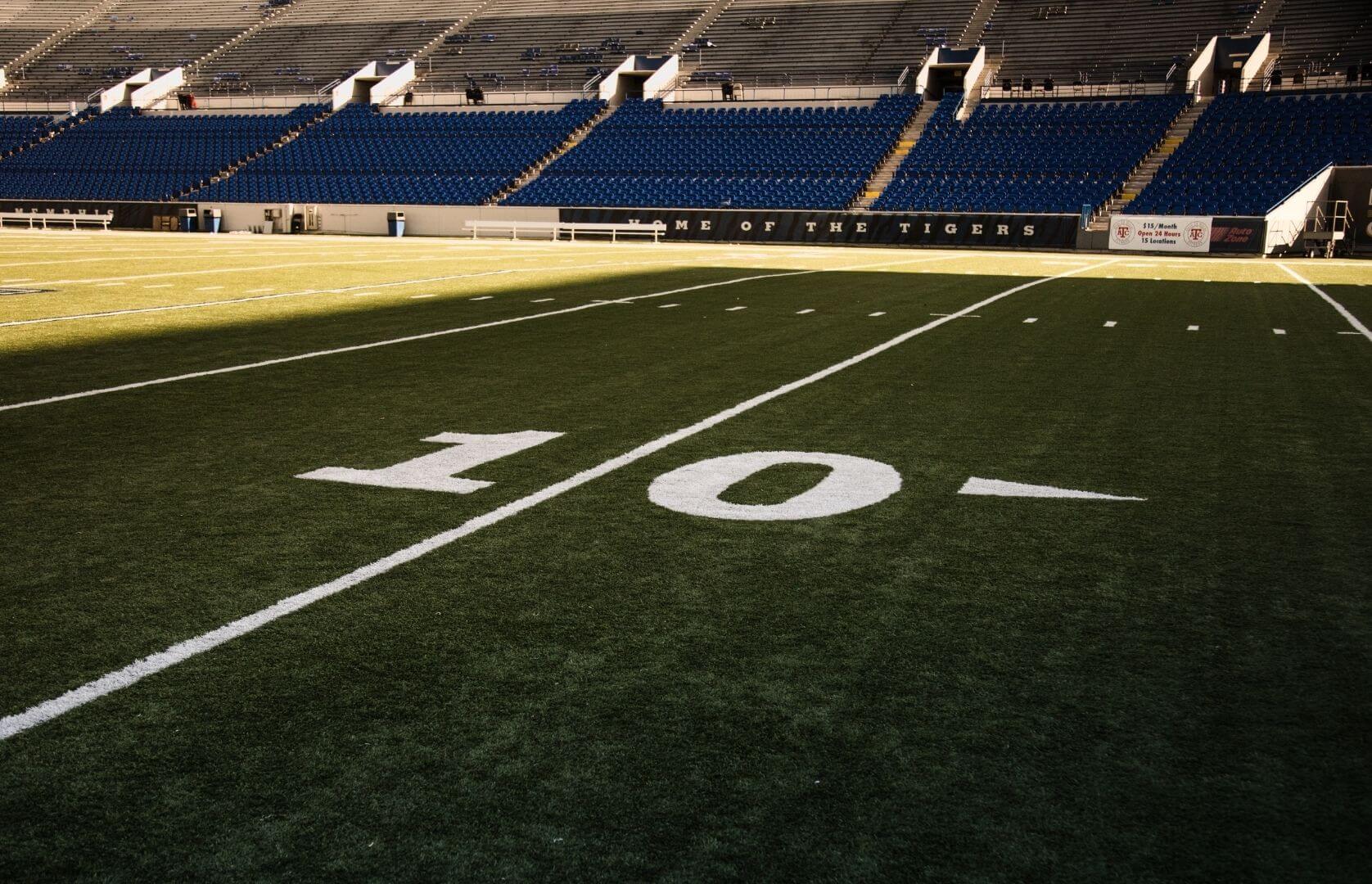 Photo By: Project 290 on Unsplash

Why do we all love sport? Because you just can’t predict the outcome Well, you can try, but sometimes you’re so far from right that you need directions to get home. There are some plot twists you always know are coming in a movie, but sports occur right in front of our eyes and we never know what’s going to happen. That’s why Super Bowl upsets are just so darn interesting.

We have had good games, boring games, and ones that were just… fine, but today we want to discuss the five best Super Bowl surprises of all time. These are the football games that made you simply leap out of your chair (or sit down if you were standing up) in shock and make you say out loud, “What the bleep just happened?”

We all enjoy a good surprise, and this article is no different, as these outcomes were shocking at the time. So, take a trip down memory lane and look back at some of these amazing Super Bowl games that had some truly incredible moments.

Defeating the mighty Patriots is no mean feat, but taking them down in a major Super Bowl surprise is something else. Certainly one of the highest-scoring championship games of all time, this was a fantastic back-and-forth clash where fans certainly got their money’s worth!

While it looked very close throughout most of the game, it was Phili’s major threat, defensive end Brandon Graham, who strip-sacked Tom Brady and really turned the tide on what everyone believed would be a comfortable Patriots victory.

Eagles’ QB, Nick Foles, also went on to have an unbelievable game with 28 for 43 passes for 373 yards, with three touchdowns and only one interception. Foles not only won the Super Bowl as a pure underdog, but the game’s MVP as well.

There was a lot on the line with Super Bowl 43, as it was the Steelers hoping to grab their sixth championship, while the Cardinals, led by celebrated QB Kurt Warner, were looking for their first title since 1947 (when they were the Chicago Cardinals).

Things definitely looked good for Arizona, when wide receiver Larry Fitzgerald scored a stunning 64-yard touchdown with only three minutes left to give the team the lead. However, Steelers’ QB, Ben Roethlisberger, had something left to say in the matter, as it was his amazing throw to Santonio Holmes for the TD with 35 seconds left which secured the win. The Holmes touchdown was as close as they come, as it was caught with essentially his tiptoes in the end zone.

Super Bowl 25 is remembered very differently depending on where you’re from, as it was great for Giants fans and horrible for Bills fans As the score suggests, this was one of the tightest Super Bowl finals you’re likely to see, but you can’t say that the Bills didn’t have their chances.

With just eight seconds left in the game, Buffalo kicker, Scott Norwood, attempted a 47-yard field goal that would have sealed the deal and given the Bills a monumental championship. Only… the kick went wide to the right and Bills fans couldn’t believe it was to end this way. Though Norwood is remembered fondly enough, this was without a doubt his worst career moment.

A truly stunning Super Bowl upset if there ever was one, this time it was the Giants who hung their hat on defense to stop a seemingly unrelenting Patriots team that went 16-0 in the regular season.

Patriots QB, the legendary Tom Brady, just couldn’t get into his regular flow and was continually hampered throughout the game. The tough Giants defense also stopped wide receiver, Randy Moss, from finding his usual spots and he ended the game with only 62 receiving yards and one touchdown.

It was a little bit of outstanding offense that helped New York secure the victory as well, as Giants QB, Eli Manning, shunned the Patriots’ defensive ends to deliver an incredible throw that was somehow caught by David Tyree by pinning the football to his helmet.

The drive continued for the Giants, and it was Manning again who found Plaxico Burress for the touchdown that would seal the game and become a renowned Super Bowl surprise.

The Seahawks were after their second Super Bowl victory, while the Pats were on their way to cementing one of the best NFL dynasties of all time. Seattle had a comfortable 10-point lead at the start of the 4th quarter and looked invincible down the stretch.

Well, looks are deceiving, as Brady and New England fought back to score 14 points in the last quarter, with things shaping up for an epic finale. When the Seahawks made the unusual move to pass from the 1-yard line, rather than the typical handoff of the football to running back, Marshawn Lynch, they made one of the biggest mistakes in franchise history. The Pats’ Malcolm Butler intercepted the pass and New England simply ran out the clock to secure the Super Bowl surprise win.

While the game itself was exciting enough, the roughly 30-minute power failure completely derailed the game and thus, the Ravens’ energy that had helped them to gain a huge lead. After the blackout, the 49ers picked up 17-straight points and mounted a massive comeback. Luckily for Baltimore fans, the Ravens held on in the end after a massive stop a big 4th-and-goal attempt by the 49ers.

This is one of the weirdest Super Bowl games of all time, as both teams went without a point for close to 27 minutes, until a combined total of 24 points was scored with only four minutes left in the first half. Things were incredibly tight, until Patriots’ kicker, Adam Vinatieri, made an incredible 41-yard field goal attempt sealed the win with just four seconds left in the game.

If you don’t remember the Super Bowl surprise itself, then you’ll certainly recall the infamous “wardrobe malfunction,” in which Janet Jackson’s breast was exposed during the halftime show. Probably annoyingly for the players, this moment seemed to overshadow the incredible game and is still talked about now.

It really could have gone either way, as both teams were on form and looked like they could hoist the Vince Lombardi trophy at the end of the game. Nevertheless, it was Broncos’ running back, Terrell Davis, who shot out like a cannon with the go-ahead touchdown to secure the lead with only two minutes left on the clock.

Although Davis picked up the MVP for the stunning Super Bowl victory, many fans look back and see it as John Elway’s first championship that finally helped the famous Denver quarterback join the upper echelon in the NFL. Elway would win his second and last Super Bowl the following year against the Falcons.

If you’re ever looking for the most emblematic Super Bowl surprise, this was it.  You had giant comebacks, mind-blowing catches from both teams’ wide receivers, divisive plays that are still talked about today, and of course, overtime.

With only roughly two minutes left in the 3rd quarter, Tom Brady and the Patriots were down 28-3 to the Falcons, but they would go on to start a tremendous retaliation by scoring the next 31 points and taking home an unexpected Super Bowl victory.

One of the most bizarre moments happened with four minutes left in the game, when Atlanta’s Julio Jones pulled off an incredible catch on the sideline to score a first down. As the Falcons were up 28-20 at this point, it would have been easy enough to bleed the clock and kick a field goal to grant an 11-point lead to essentially seal the game. However, Atlanta made an unfathomable pass play on the second down that ended with the sacking of QB Matt Ryan.

After the Falcons were forced to punt the football, this led to Brady throwing to Patriots’ wide receiver, Julian Edelman, who made one of the best diving catches in Super Bowl history. New England continued the drive up the field and not only did they get the touchdown, but a crucial two-point conversion to tie the game.

In overtime, it was Patriots’ running back, James White, who became the hero to seal the game by scoring the winning touchdown to complete a remarkable comeback and equally appalling failure for Atlanta.