The NFL’s Greatest Quarterbacks of All Time 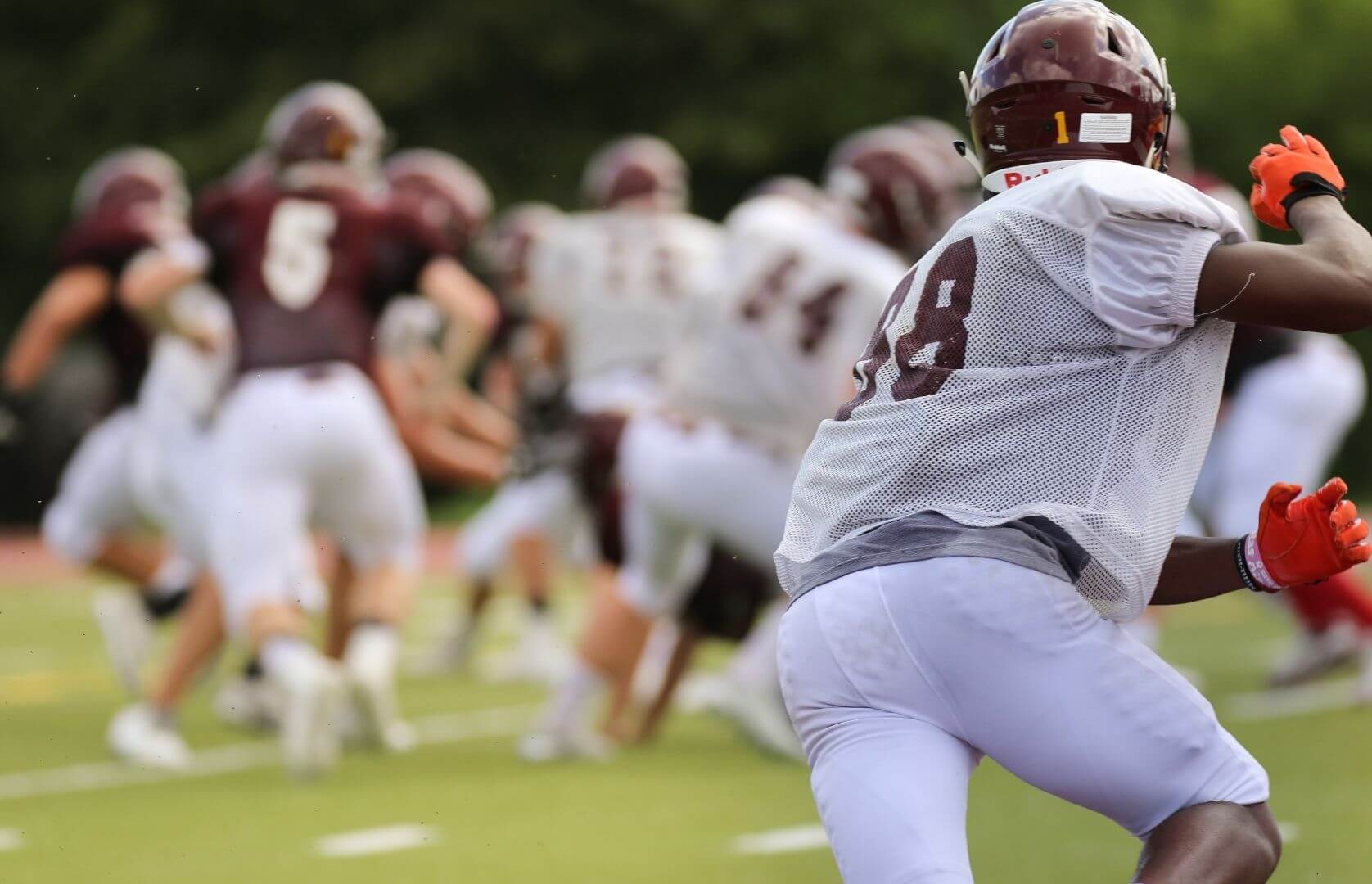 Photo By: Geoff Scott on Unsplash

The NFL’s Greatest Quarterbacks of All Time

When a game is on the line and it’s a dose of offense that the team needs, it’s always going to be down to the quarterback. Although coaches will have their say on the matter, when it’s time to play ball, the QB is the guy responsible for calling and executing the play out there on the field. Games have lived and died by what the quarterback has chosen to do when needing a victory.

The greatest NFL quarterbacks of all time don’t just lead the stat sheets and have the Super Bowl rings to show for their efforts, but they also make the right plays at the right time.

We know some people will get mad because their own team’s best-ever NFL quarterback wasn’t mentioned in the list. But that’s how these things go! Here are our picks for the greatest NFL quarterbacks of all time.

Brees had a solid start to his career with the Chargers, but it was with the Saints where it was really clear how great a QB he would become. Brees was instrumental in leading New Orleans to their only Super Bowl win in franchise history, and did all he could with his “no nonsense” attitude for the Saints.

Brees was the NFL leader in career touchdown passes, career passing yards, and career pass completions, that is, until Tom Brady came along and took all the records away. He was named the NFL Offensive Player of the Year two times and has the record for most consecutive games with a touchdown pass with 54 (although Brady might take this away one day too).

Still, Brees’ accomplishments are to be marveled at and it seems shocking that he ended his career with only one Super Bowl ring. The much-respected QB quit the game in 2020 and is an absolute lock for the Hall of Fame when he becomes eligible. He’ll easily go down as the best quarterback for the Saints and takes the number five spot on the list.

John Elway was taken at the first selection in the 1984 NFL Draft by the Colts, but was immediately traded to the Broncos, where he spent the entirety of his 16 seasons. Boy, do the Colts regret that trade. Elway was as skilled a QB as you’ll ever see, with a rocket of a throwing arm and a tough-as-nails mentality needed for those hard 80s games.

Though Elway was an excellent passer, he was also incredibly athletic, with a 3,407 rushing yards record that is still among the top 10 in QBs. Elway would play in five Super Bowls, but he would only come away with two championship rings and one Super Bowl MVP. He retired in 1998, right after winning his second championship. Talk about going out on a high!

One of the greatest NFL quarterbacks of our time, Elway still works with his beloved Denver Broncos as the president of football operations at age 61.

Joe Montana, or “Joe Cool,” as he came to be known, was an absolute stallion of a quarterback during the 80s and early 90s. He earned the nickname with his uncanny ability to keep relaxed when his team was down and needed a lift.

Montana’s accuracy was never questionable and his quick-thinking and precise throwing arm helped San Francisco in 1984 reach the unbelievable record of 18-1.

Not only does Montana have four Super Bowl rings (a solid 4-0 record, too), but he also ranks among the best NFL QBs in passing yards (40,551) and touchdown passes (273). From 1988 to 1990, Montana also had a jaw-dropping touchdown to interception ratio of 11:1, as well as a record for the most passes thrown without getting an interception (122 over a four-game stretch). In 2000, Montana had the privilege of being inducted into the Pro Football Hall of Fame.

You can’t speak about the best NFL quarterbacks of all time and not mention Peyton Manning in the same breath.

When you’re the first pick in the 1998 NFL Draft, naturally there’s going to be a ton of hopes placed on you. You have to immediately become the savior of a team and bring success in the form of wins, MVP awards, Super Bowls, and a Hall of Fame nod. It’s fair to say Peyton Manning handled all those expectations and much more.

It should come as no surprise that Manning was this good at football, as the “Sherriff” was the son of former NFL QB, Archie Manning, and even played against his little brother, Eli Manning, who was also a huge success during his time as the Giants’ quarterback. Manning currently holds two impressive NFL records, one for the most passing touchdowns in a season (55) and the most passing yards in a season (5,477).

Manning was a tour de force during his 18 seasons in the NFL, becoming a hero for the Colts and Broncos and earning grudging respect from the rest of the league’s fans. Manning won two Super Bowls, five MVP awards, and one Super Bowl MVP trophy, but he was also known for his incredible football IQ, unyielding training, and intense personality as a player and person.

You could know absolutely nothing about the NFL and still be familiar with Tom Brady, the guy is easily the league’s Michael Jordan, in that he has the fame, talent, and success in equal measure.

There are many interesting things about Brady, including the fact that he’s 44-years-old and still playing, has seven Super Bowl rings (six with New England and one with Tampa Bay), and holds first place for almost every NFL record under the sun. But there’s one more fact: He was selected 199th in the 2000 NFL Draft by the Patriots. This means 198 athletes were taken ahead of the greatest NFL quarterback of all time.

Funnily enough, the scouting report on Brady before the draft was less than favorable, let’s say. But like any good competitor, Brady used the harsh words to motivate him to achieve great things, and the report apparently still fires him up to this day. You have to wonder if the scout regrets writing: “Poor build, skinny, lacks great physical stature and strength, and gets knocked down easily.” Well, at least Brady proved everyone wrong and had the last laugh in the end.

There is one slight stain on Brady’s otherwise impeccable career, and that’s the notorious “Deflategate” scandal. Essentially, Deflategate was a massive controversy in 2015, when it became apparent that Brady and the New England Patriots had deliberately deflated footballs in the team’s AFC Championship Game win over the Colts. It was revealed that Brady preferred the footballs to be slightly softer to aid with gripping and throwing.

Investigations into the deflation allegation went on and on, but after everything had transpired, Brady was suspended four games at the start of the 2016 season and the Patriots were fined $1 million and lost two draft picks in the same year. While Brady has never directly admitted he knowingly deflated the footballs, he agreed to the NFL’s decision to suspend him.

A lot of critics say that Brady wouldn’t have won those six Super Bowls with the New England Patriots without a fantastic team around him, which is 100% true. But Brady proved he alone could turn the tide in an NFL game, as he helped the Tampa Bay Buccaneers win the Super Bowl in his very first season after switching teams.

After Brady and the Bucs were knocked out of the 2022 NFL playoffs by the L.A. Rams, there has been endless speculation on his retirement. How can a 44-year-old keep going at this rate? Will injuries and age catch up with him?

Brady has said in the past that he’d like to go as long as 45-years-old, which does have a nicer ring to it. Fans shouldn’t doubt Brady’s ability to persevere and play as long as he’s able. After all, we don’t really want such a talent to leave the game, do we?

There’s no question that Brady will retire as the greatest NFL quarterback of all time, especially when you take into account his records and achievements, including: